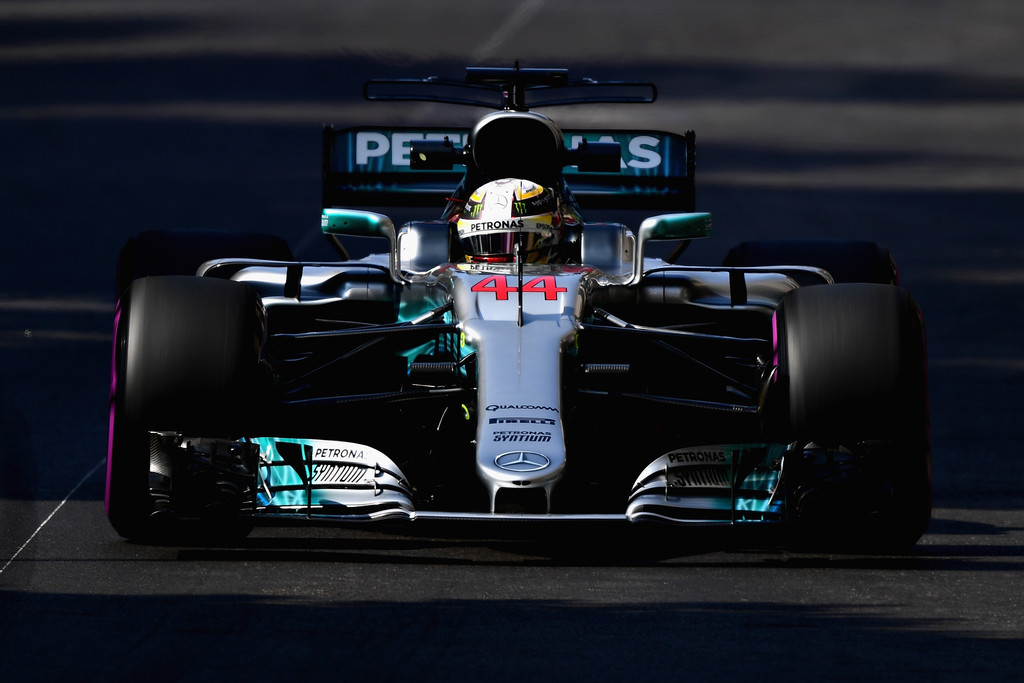 Lewis Hamilton lapped faster than ever at Monaco as the Mercedes driver and Ferrari’s championship leader Sebastian Vettel set the pace in first practice for Formula 1’s showcase race on Thursday morning.

The triple world champion, who can equal the 65 career pole positions of boyhood idol Ayrton Senna in Saturday’s qualifying, topped the timesheets with a best lap of 1: 13.425 seconds on ultrasoft tyres.

Vettel, a four times world champion with Red Bull who leads Hamilton by six points after five races, was second and two tenths off the top time.

Both men were inside Australian Red Bull driver Daniel Ricciardo’s 2016 pole position time of 1:13.622 with Hamilton’s the fastest yet around the metal-fenced harbourside street circuit. Hamilton did 40 laps, Vettel 34.

The Ferrari driver is hoping to end his team’s long drought in the most glamorous — and slowest – race on the calendar with a first Ferrari win in the Mediterranean principality since Michael Schumacher in 2001.

Under cloudy skies, after Wednesday’s bright sunshine,  Jenson Button returned to the cockpit as a McLaren stand-in for Fernando Alonso, who is competing at the Indianapolis 500.

The 2009 champion was 14th fastest, 1.529 seconds off the pace, and completed 35 trouble-free laps in a solid performance for a driver who has not been in a Formula One car since last November.

Red Bull’s Max Verstappen was third quickest, a positive development for the former champions, ahead of Hamilton’s Finnish team mate Valtteri Bottas and Ricciardo in fifth, the Australian completing 45 laps which was more than any of his rivals.

Williams appeared off the bubble with Felipe Massa 11th fastest and rookie teammate, dialing himself on the mean streets of Monte Carlo, down in 16th and almost a second off his veteran teammate.

Kimi Raikkonen in the Ferrari was unusually aggressive in the opening 90 minutes session, scraping the Armco on a few occasions on his way to the seventh best time, half a second down on teammate Vettel.

Renault’s Nico Hulkenberg and Sauber’s Marcus Ericsson both failed to set a time, with the latter suffering a gearbox problem.

Practice in Monaco is always on a Thursday due to Friday, the usual day for first running on track at other races, being a rest day.