Button: I was surprised Fernando wanted to do Indy 500 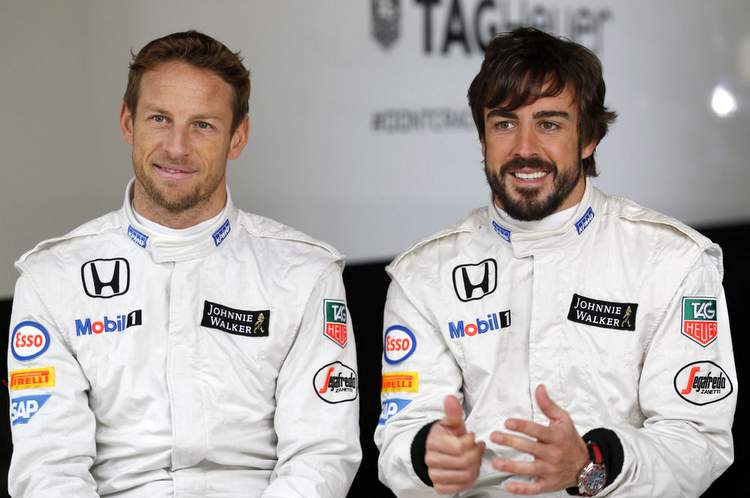 Jenson Button was surprised by Fernando Alonso’s decision to race in the Indianapolis 500 and said on Wednesday he had no desire to emulate his former team mate.

The Briton, Formula One world champion with Brawn GP in 2009, is replacing Alonso at McLaren in Sunday’s Monaco Grand Prix after the Spaniard opted to compete at The Brickyard on the same day.

“Indy’s not really been something that I’ve thought about. Personally, I was surprised that Fernando was interested in doing it but we all like different things,” the 37-year-old told reporters.

Button said he would like one day to compete in Le Mans, another leg of the famed Triple Crown of Motorsport along with Indy and the Formula One world championship, and also NASCAR in the United States.

“And then there’s the other motorsports that I love like Rallycross as well. There are many things, but Indy hasn’t been up there for me for many different reasons,” said the driver, who stood down from McLaren at the end of 2016 while remaining under contract as a brand ‘ambassador’.

Alonso has qualified fifth for the Indy 500, impressing viewers on both sides of the Atlantic in the process, and the double world champion cannot be ruled out as a potential rookie winner of the anti-clockwise oval race.

Button said he would watch — once he had been told what time the race was on — and had enjoyed Alonso’s first drive in the McLaren Indy car run by the Andretti Autosport team.

“I watched when he drove the car for the first time, which is always interesting, seeing a driver’s reaction,” he said smiling. “Actually, probably it was more the reaction to the media being right next to him every second that he was out of the car.

Whereas IndyCar gives fans plenty of open access, Formula One is a much more exclusive world. In Monaco the crowds look into the inner sanctum through the paddock fence, sometimes handing items over to be autographed.

Media interviews with top F1 drivers sometimes have to be scheduled months in advance – if they happen at all, “It’s absolutely mad, isn’t it, Indy, in terms of the media and how much attention it’s getting – which is fantastic for the sport.”