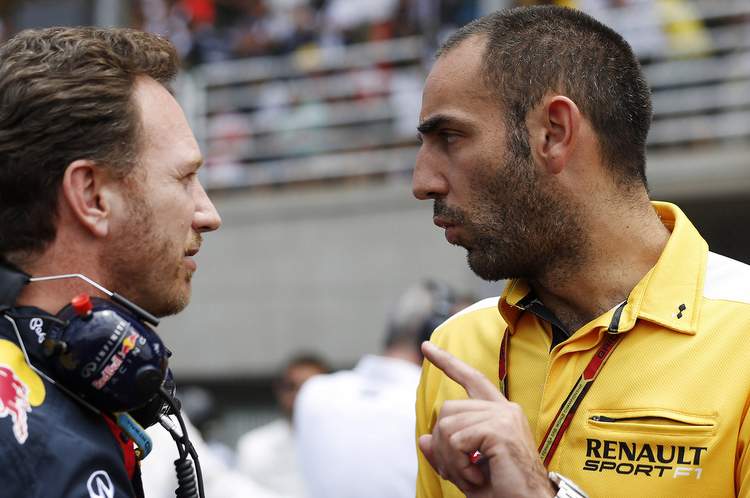 Renault F1 chief Cyril Abiteboul has taken a swipe at Red Bull for trumpeting to media that they are expecting a major engine upgrade for the Canadian Grand Prix weekend.

Abiteboul is adamant, “Red Bull, as always, is making wrong communication about performance development. Frankly, what I want to play down is this sort of focus on the upgrade because the engine is improving every weekend.”

“We said reliability was the main issue to the performance delivery and improvement and that is exactly the case. I give you a clear example: we had better reliability. [Before Spain] we completed a programme on the dyno and on Saturday afternoon there was immediately map-ware for all three teams.”

“But what I can guarantee you is, race-by-race, the engine will improve and overall in the season, if you look at the engine software, hardware and also the fuel and lubricants coming from our petroleum partner, I’m sure there is a very decent step to come.”

“The gap to be fully closed, it’s not going to happen this year. We think it’s something for next year, but having said that, we think the step we are planning to make, which we have on the shelf for this year, is going to almost close it completely in the course of the season.

“We already have a very clear idea of next year’s engine and the aim we have is to completely close the gap in the course of next season,” added Abiteboul.

Red Bull are customers with both their teams – Red Bull and Toro Rosso – powered by Renault power units, albeit the Red Bull version is badged as a TAG Heuer.

Big Question: How long before war breaks out again between Renault and Red Bull?