Button: It feels slightly surreal to be back 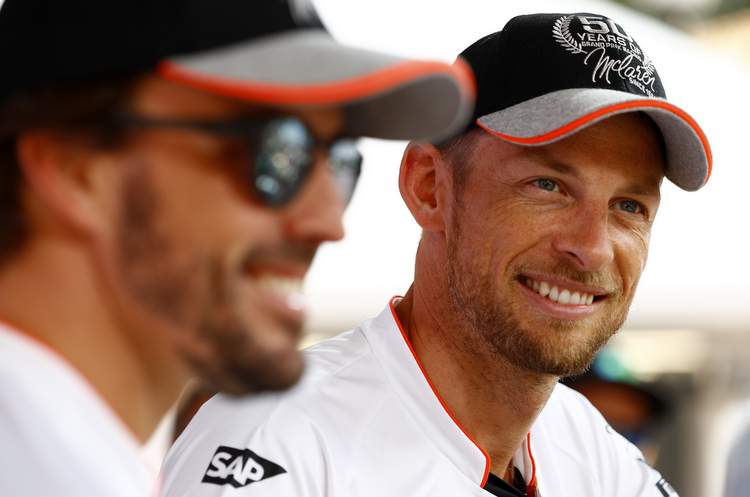 Jenson Button ‘retired’ from Formula 1 at the end of 2016, but now six races into the 2017 season he returns to the cockpit, to race for McLaren, at the sport’s crown jewel Monaco Grand Prix.

He told reporters ahead of the weekend in Monte Carlo, Button said, “It feels slightly surreal to be back in the cockpit for the Monaco Grand Prix. When the call came from Eric [Boullier] there was no hesitation. It’s a totally unique situation and a great opportunity.”

“I’m looking forward to stepping back behind the wheel for one of the most crazy, unpredictable and exciting races of the year.”

“Monaco is truly unique as a track, and requires a lot of work to fine-tune the car and optimise the set-up for the narrow layout. It’s always a challenge – a huge challenge, for any driver – but a really exciting challenge, and has always been up there in my favourite races of the year.”

Button won the race in 2009, the year of his F1 world championship triumph, driving for the Brawn GP team which has since morphed into Mercedes.

“Although I haven’t turned a wheel on track yet in the MCL32, I feel well prepared,” he said.

“I know the track well, of course, and I’ve done quite a bit of work in the McLaren simulator already. I’m still fit, and I’ve been training probably more than ever, because I’ve had the time to focus on my triathlon preparation and competitions.”

“I’m looking forward to working with the team again, and, as I’ll be on the other side of the garage this time around, I’ll do my best to look after the car for Fernando!”

Button will be substituting for the team’s regular driver Fernando Alonso who will be racing at the Indy 500 on the same day as the Monaco Grand Prix.