Brown: E-Sports is the ultimate grassroots of motorsports 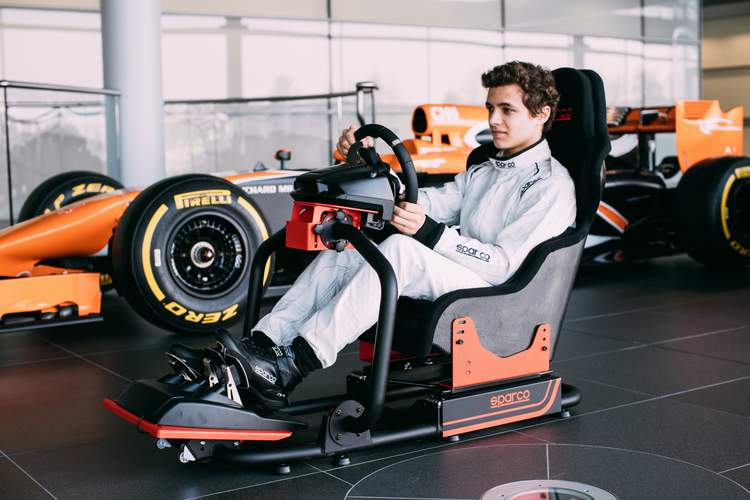 All Formula 1 teams could eventually have their own virtual counterpart, while gaming can become the new grassroots of the sport, McLaren executive director Zak Brown said on Monday.

Speaking at an event to promote McLaren’s “World’s Fastest Gamer” initiative to recruit a Formula One simulator driver from virtual racing, Brown told reporters the world of e-sports was to be embraced.

“I don’t see how any F1 team can ignore the power of e-sports, the audience, the people it produces. So I’d like to think most F1 teams will do something in some way, shape or form,” he said.

“This is building the grassroots of motorsports,” added the American, who arrived at the team’s headquarters fresh from Indianapolis where he watched McLaren driver Fernando Alonso qualify fifth for Sunday’s Indy 500.

“If the grassroots has historically been karting, which is still a narrow audience because it’s still expensive, I see this (gaming) as being the ultimate grassroots of motorsports, being wide and deep and everyone can afford it.”

Simon Long, head of business development at analytics company Nielsen Sport, said the e-sports industry could be worth as much as $2 billion by 2020 while attracting up to 600 million viewers.

Darren Cox, ‘Chief Maverick Officer” of the Ideas+Cars agency working with McLaren, said gaming was “bigger than Hollywood” and pointed to the ‘Real Racing 3″ mobile app that had 300 million downloads.

“Kids are finding sports through their virtual equivalent first before they actually find the real sport,” he said. “And motorsport audiences are declining in the real world.”

Brown said motor racing, as a sport that could not be practised at school and required a substantial outlay, needed to consider other ways of engaging younger audiences.

Other series, such as sportscars and Le Mans, have taken gamers from the armchair to the racetrack with considerable success.

Brown said the McLaren project, with 10 gamers racing for the prize, could ultimately lead to more than driving the simulator.

“I’ve been asked would the gamer go into the F1 car? Maybe, maybe not,” he added. “You have to be a certain size to be in an F1 car, you don’t necessarily have to be as a gamer. You certainly have to be in unbelievable shape.

“But some previous people around gaming have gone on to drive who are darn good drivers. So I definitely wouldn’t rule it out.”