Horner: We are a bit in no-man’s land 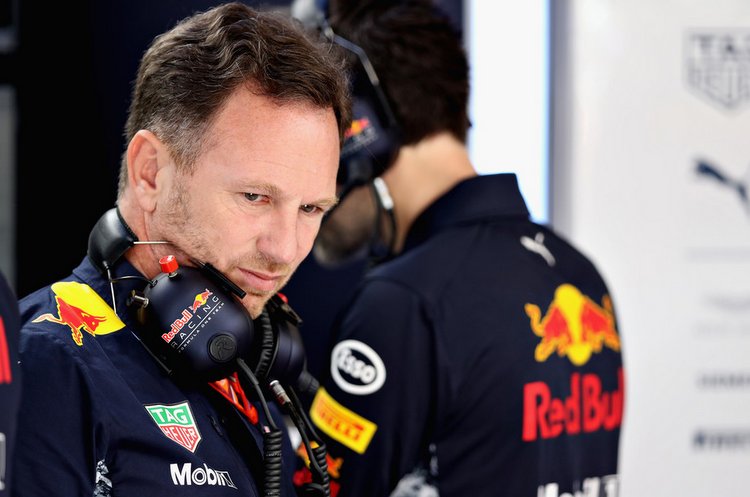 Red Bull are toiling in “a bit in no-mans land” until they get a Renault engine upgrade that could transform their Formula 1 season, according to team chief Christian Horner.

The former world champions are third in the standings after five races, 81 points behind second placed Ferrari and 19 clear of Force India.

Horner told the official Formula 1 website, in an interview published on Friday, that Red Bull, who brought an upgraded chassis to last weekend’s Spanish Grand Prix, needed the new engine.

“We hope it will be Montreal [Canadian Grand Prix on June 11]. We are going to church every week to pray that it will happen as soon as possible,” he said.

“We are doing the best that we can with the resources that we have. I have no doubt that the second half of the season will be much stronger for us than the first half.”

Red Bull, whose engines carry TAG-Heuer branding, have finished on the podium twice this season with Dutch teenager Max Verstappen third in China and Australian Daniel Ricciardo taking the bottom step in Barcelona.

It is Monaco next week and Ricciardo took pole position there last season before finishing second in the race.

“We are a bit in no-man’s land. We are trying to start playing with the big boys. And if we are going to manage that, probably one of our drivers could dictate what happens in the drivers’ championship,” mused Horner.

“Because if you have five or six drivers fighting for a win on a Grand Prix weekend, that becomes a somewhat different dynamic.”

Red Bull, who dominated the sport with Vettel taking four successive titles for them between 2010 and 2013, were the only team apart from champions Mercedes to win races last year.

“Exactly one year ago we had the same amount of points when we arrived in Barcelona,” said Horner. “And we managed to catch and beat Ferrari (over the season). Nobody would have expected that at the very beginning of 2016.”

“So things can change quickly. And one of the key factors for us going strong last year was the engine upgrade in Monaco,” pointed out the team principal.