Brown: Sixth place or higher is still the goal 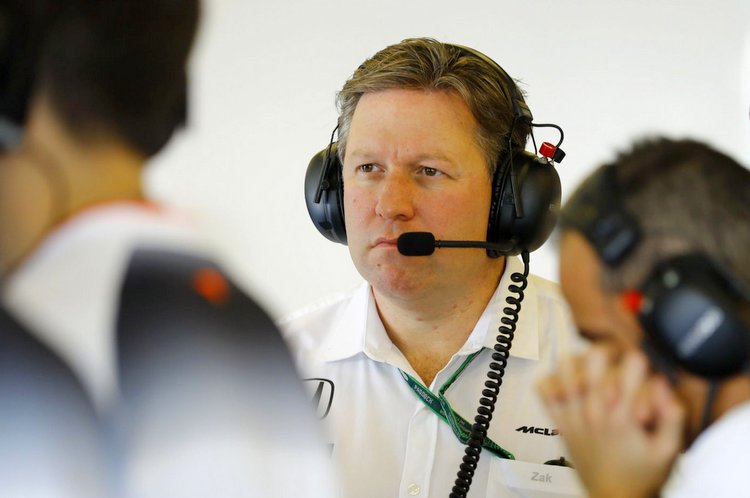 McLaren executive director Zak Brown is still targeting sixth place (or higher) in the 2017 Formula 1 World Championship despite the fact that his team are last in the standings after five rounds, with little light at the end of their tunnel of engine woes.

Brown told the official F1 website, “We want to be better than we were in 2016. That remains. Whether that is in the final points tally, that will probably be difficult. But finishing the season and being more competitive than a sixth-place team, that is the goal and that has not changed.”

“I am not saying that we are going to be ahead in the points, but I would like to think with the work and effort that everyone puts in, that we would be more competitive on track than we finished last year. But obviously we are starting with such a deficit into this first half year that I think when it is all said and done in points or tally at the end of the season that it is hard to imagine that we could be better than sixth place.”

Asked if the role as McLaren chief is tougher than he imagined, the American replied, “I didn’t think the job would be easy. But yes, I thought we would be better. I thought we would have improved from 2016, which clearly we have not after the Barcelona race where things looked promising for a blink of an eye with Fernando’s grid position. But it didn’t work in the race. But I am optimistic that we will catch and pass our 2016 performance at the end of the year.”

“Our power unit situation is frustrating for all of us – including our partner. They are working extremely hard. If you could give a grade for effort they all would get an A. However, Formula One is results oriented and not effort oriented, so yes, that’s frustrating. It simply takes time to solve technology issues. It’s not like you have a bad football game and next weekend you start all over again – here it is a longer game.”

As for being last in the standings and managing their two drivers, veteran Fernando Alonso and rookie Stoffel Vandoorne, Brown explained, “Let’s start with the upside: we have a fantastic team, we have two great drivers and we have a very good chassis – so we are getting more of it right than wrong. But if you have the challenges that we have, it holds you back. Yes it is frustrating, but all we can do is work hard with Honda to work through the issues.”

“Both drivers are at different stages of their career. Stoffel is at the beginning of his career and he is pretty aware of the situation and probably this ‘survival’ will make him a better driver in the future. He learns some good stuff and some not so good stuff, but he is learning – and that is a big benefit in the early stage of your career.”

“In Fernando’s case, the whole world knows how good he is – so his frustration is more along the lines of not being able to go out and prove it. But we had a lot of fun recently in Indianapolis – and will have fun again shortly. Fernando is a racer. McLaren are racers and that is what helps us come together and do another form of motor racing [IndyCar] – where we think we will be very competitive – while we sort out our issues here,” added Brown.

Bic Question: Are McLaren fooling themselves?