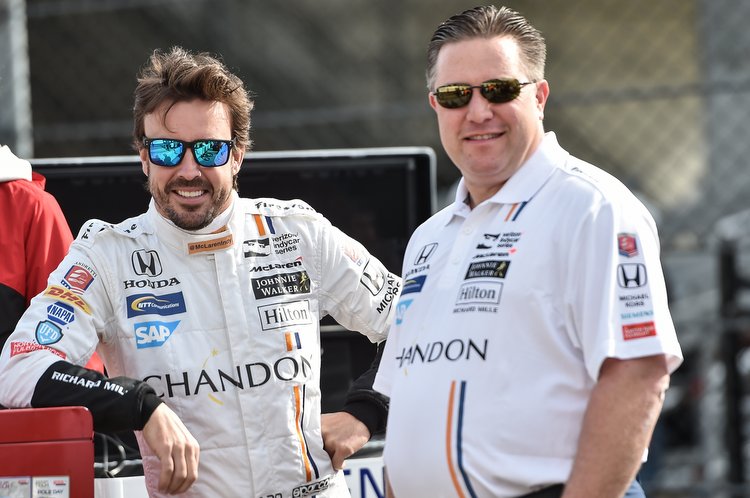 Amid the Fernando Alonso to Indy hype, McLaren chief Zak Brown is aware and understands that if the team do not seriously up the ante soon the Spaniard will be seeking another Formula 1 team.

During his home grand prix weekend, in Barcelona, Alonso announced to the world that he will give McLaren until September or October to get their act together or it would be hasta la vista baby.

“As he said, he would love to stay at McLaren, and we’ve given him a great environment, he really enjoys it here, [but] we’ve got to give him a winning car. It’s hard to know when that will be, other than we’ve produced lots of winning cars.”

“We’ve also seen other engine manufacturers make significant process over the season, if you look at Renault a couple of years ago where they started and where they ended up. He’s going to wait until after the summer break, which is what we’ve agreed.”

“I think all we can do right now is put our head down and try to demonstrate that we’re going to be in a position to win next year by the time he’s ready to make a decision,” added Brown.