Alonso gets tips from Mario Andretti at Indy 500 practice 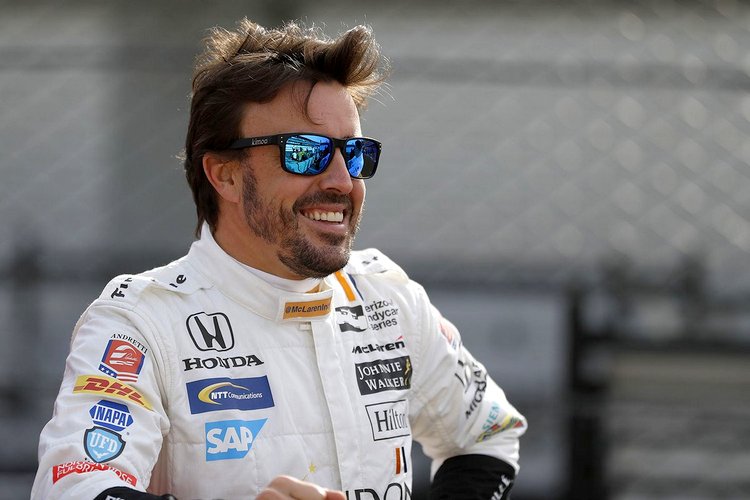 Fernando Alonso’s first official day of practice on Monday for this year’s edition of the Indianapolis 500, where he will chase the second leg of racing’s fabled Triple Crown, included a chat with motor racing legend Mario Andretti.

Alonso completed 20 laps in the rookie orientation session in his orange McLaren Honda Andretti car and later said he soaked up every bit of advice he received from the 77-year-old.

“Yeah, well, he went to the pit lane just to say hello, but he was — he knew that we were testing at that point, so it was just a formal hello,” the 35-year-old Spaniard told reporters.

Alonso, who only settled into the cockpit of an IndyCar for the first time less than two weeks ago, will be eyeing a victory on May 28 that would put him a step closer to emulating Graham Hill in winning motor racing’s Triple Crown.

While Andretti never won the Triple Crown, Alonso hung on the revered racer’s every word.

“He’s an amazing person and a true legend in motorsports, so every comment, every word that he says is obviously very, very important for all of us, and inside the team we are extremely proud and happy to work with him,” said Alonso.