Wolff: The magic call was the one to pit Hamilton 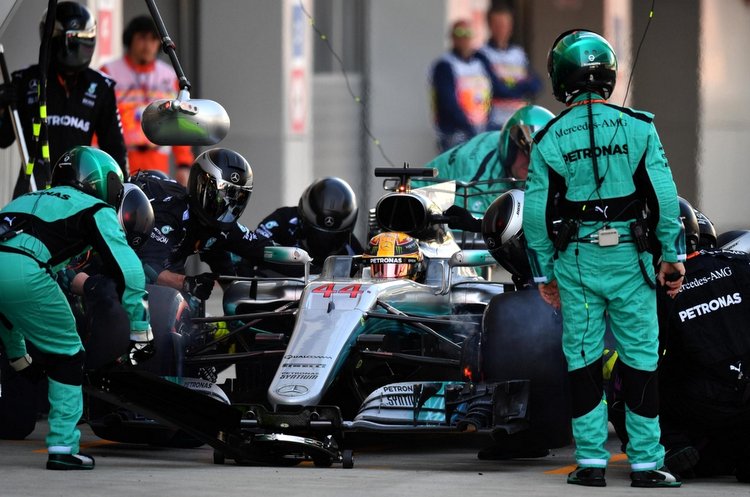 A Virtual Safety Car (VSC) period was triggered on lap 34 when the McLaren’n Stoffel Vandoorne collided with the Williams of Felipe Massa in Turn 1.

Marshals took three laps to clear the cars and debris, while Mercedes pretended to ignore the pitstop opportunity that the VSC presented, but moments before the VSC was lifted they pitted Hamilton.

He emerged just behind Vettel, on fresh soft tyres and went on to take the lead a few laps later, where he stayed until the chequered flag.

Wolff gave insight into what transpired on the Silver Arrows pit wall in Barcelona, “At the start we planned to go for the default strategy, which was to put the medium tyre on, then the softs at the end to attack, hopefully attack, and then the VSC came in.”

“That was beautiful, for our process in the strategy group, at that stage we planned to do the opposite to Sebastian and then the magic call was the one to pit Hamilton at a time when it looked like the VSC would end so because Sebastian couldn’t react in that case.

“So we timed it perfectly, credit to James and the strategists, and that pit stop obviously was much faster than Sebastian’s afterwards, and that was down to Lewis to take him on track and it was very tight on the exit with Sebastian, quite some racing going on there and obviously a very, very brave move, then on the straight and taking the lead.”

Ferrari had the option to pit Vettel late on in the race, the fresh rubber may have offered the Ferrari driver an opportunity to close the gap. But it was a gamble they did not take, but Mercedes appeared to have it covered.

Wolff explained, “When of course that there was a possibility at the end we had a long debate about whether Ferrari would do another pitstop and put softs just to try and hunt us down, so we tried to have a pitstop gap of 2.5 seconds in order to be able to react.”

“In the end I think it was a balance, it was balancing on a knife’s edge because you want to have the gap to avoid the undercut, but on the other side we had to make the tyres last 32 laps and it was just a big combination of team work and strategy and Lewis’ driving,” added Wolff.