Vettel: Have you asked the Italians? 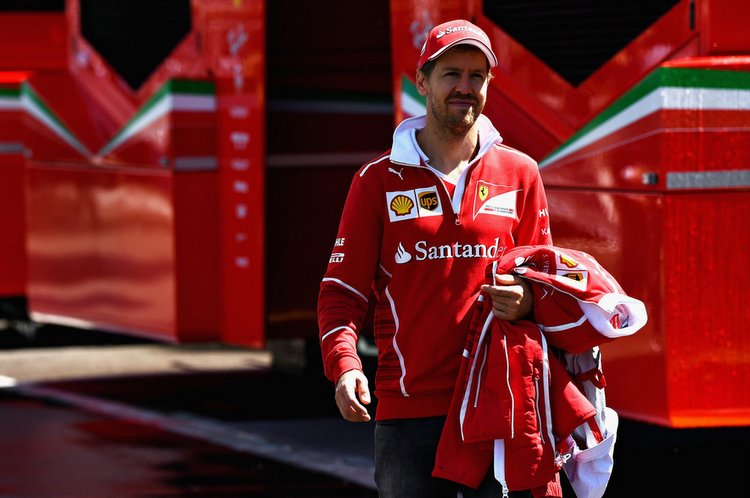 Ferrari’s Formula One championship leader Sebastian Vettel made light on Thursday of media speculation that he might move to rivals Mercedes in 2018.

“I didn’t know (about the rumours),” the German said at a news conference ahead of Sunday’s Spanish Grand Prix. “Is it coming from Italy?”

“Have you asked the Italians? They seem to know more than I do,” he added.

Vettel said his focus was on this season, but the absence of an outright denial may do little to dampen the rumours.

Vettel, as well as team mate Kimi Raikkonen, is out of contract at the end of the season while Mercedes hired Valtteri Bottas at short notice to replace champion Nico Rosberg after his shock retirement.

Mercedes have been the dominant team in Formula One for the past three seasons and lead the constructors’ standings after four of this years 20 races.

Vettel, a four-times world champion, is 13 points clear of Mercedes’ triple title winner Lewis Hamilton after the German won in Australia and Bahrain.

Hamilton won in China and Bottas in Russia, his first victory in Formula One.

With so many seats on the grid potentially available next season, rumours are swirling about who might be going where.

Drivers are often happy to fuel them if it strengthens their position, while it is not uncommon for teams to encourage such speculation to try and unsettle rivals.

Asked who he would like as a team-mate and whether he would welcome the return of his predecessor, Fernando Alonso, now with struggling McLaren, Vettel grinned: “In the end of the day, I’m signing my contract. I’m not signing other people’s. It’s not my decision but I’m ready to race whoever comes along.

Double-champion Alonso will also be out of contract at the end of 2017. He has said he wants to be in a winning car next year.

Vettel said: “I think the way we (Ferrari) are set up right now, we find ourselves very happy and the focus is on this year despite the fact for next year there is nothing on paper.”