Inside Line: Are rip-off F1 Experiences™ the way to go? 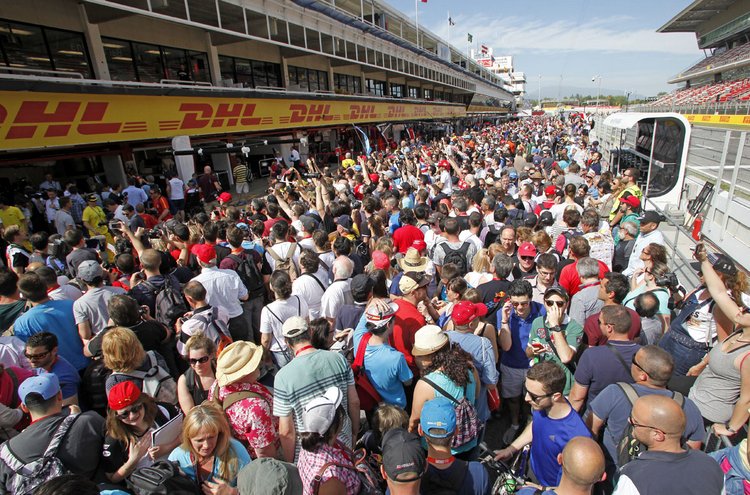 F1 Experiences™ have launched a variety of packages aimed at providing fans an enhanced experience while attending grand prix weekend, but the exorbitant prices – relevant to the normal seat prices – suggest that the architect of the new packages is perhaps a tad out of touch with reality.

Deposed F1 dictator Bernie Ecclestone never hid the fact that he was only interested in the Rolex-brigade who attended Formula 1 races, he cared less about the vast majority who were there watching from the stands.

The advent of the Liberty Media era of the sport has brought hope that their intent is to embrace all spectators in attendance, but the pricing of this latest initiative is absurd.

For example, the most modest single F1 Experiences™ package – the Podium package – will set you back $1029.00 for this weekend’s Spanish Grand Prix.

They will throw in a three day access, a track tour, a pit lane walk (on Thursday), a Paddock Club Party – all subject to an charge according to fine print – and a host of ‘goodies’ including: annual subscription to the F1 Access App, F1 Experiences™ Gifts (whatever they might be), a lanyard and ticket sleeve (!!!),  a race program and of course a numbered seat in Grandstand B which overlooks Turn 12.

Now keep in mind that few punters go to the races alone, and traditionally father and son or sons trundle along. Thus the one grand suddenly becomes two grand, if not more should you have a couple of kids and even a wife who also love the sport.

The F1 Experiences™ website claims all these packages are Sold Out for the weekend in Barcelona. Wow!

A normal, no nonsense Grandstand B ticket normally costs $259.00 when purchased through the official Formula 1 site. But they are also marked Sold Out (at time of writing) if you wish to buy through this avenue.

However a scan of several alternative grand prix ticket providers show that a Grandstand B ticket can still be purchased for $257.00 – so technically they are not Sold Out as claimed.

Thus for the F1 Experiences™ they are lobbing on a few meals and some ‘goodies’ for an extra $770.00 dollars for gullible race goers. Any buyers for this undisguised rip-off? 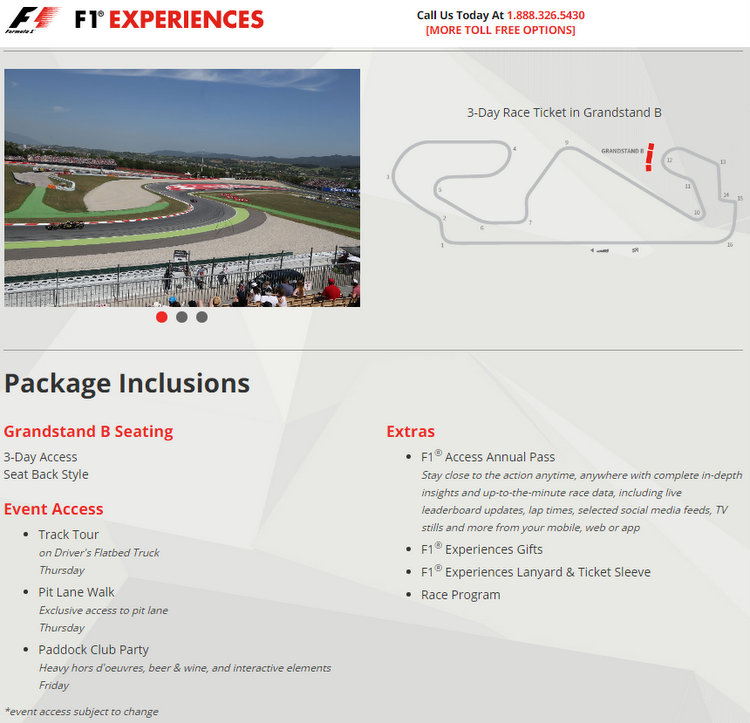 Let’s not just be negative and give due credit to Liberty Media for attempting to add value to the often mundane weekends by plugging in off-track activities which they describe as: “Running throughout the race weekend, the re-imagined fan zone will introduce a range of unique experiences such as racing simulators, a 200-metre zip line, state of the art Pit Stop Challenges and live performances from local DJs.”

In Spain, and beyond, fans will be treated to the “the launch of a dedicated fan television channel for those attending to get the inside track into the race, screening live Formula 1 interviews, expert insights, and exclusive appearances by current drivers and legends of the sport.”

“A number of competitions will also be on offer, with fans given a chance to win a series of fantastic prizes, including Paddock Club passes and photo opportunities with Formula 1 teams throughout the grid.”

“For the first time ever, one lucky winner will also get the chance to experience the thrill of a Formula 1 lap as they are driven around the track at speeds of up to 300 km/h in a two-seater racing car.” Nice!

Sean Bratches, Managing Director, Commercial Operations at Formula 1, said, “The launch of this weekend’s Fan Festival marks the beginning of this journey and we are excited about bringing races to life in this way over the course of the season and beyond.”

All these initiatives should be applauded, and perhaps the F1 Experiences will become cheaper as takers will no doubt be scarce, but maybe they should consider a roll back to the simple and traditional grand prix weekends of the seventies (pre-Ecclestone dictatorship) where fans did not attend to watch DJs or feast on sumptuous meals or do zip-lines, but rather reveled in a programme packed with on-track action in the form of support races throughout the weekend.

Call me old fashioned, but I do recall having a memorable time going to Kyalami in the seventies and spending two days watching non-stop motor racing including: single-seaters, touring cars and GTs – with the highlight of course being the grand prix.

Throughout the day we scoffed barbecued boerewors and steak rolls from our braai (I can still smell it!) and drank Coca-Cola (beer for the elders) from our cooler bag.

Maybe the Liberty big shots could take a trip down memory lane to see how it was done then. At very reduced costs (all these fake bells and whistles cost big money to host and organise) they may find an example for a future where ordinary fans can go to a grand prix with their cooler bags and homemade sandwiches and have a good time.

No need to be an out of touch, Rolex wearing high-roller to maximise the real Formula 1 experience, because the so called F1 Experiences™ is a misnomer if there ever was one.