Alonso: I will be more than happy to talk to anyone 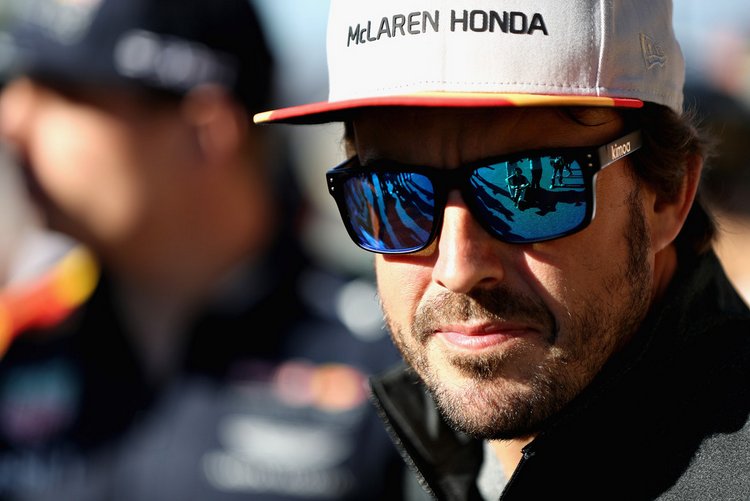 Two-time Formula 1 World Champion Fernando Alonso said he will be open to offers from rival teams for next season if McLaren continue to struggle at the back end of the field.

The Spaniard told a news conference ahead of the Spanish Grand Prix weekend that he was happy with the team, but that his aim was to try and win a third drivers’ world title.

“My intention, and my first priority, is to race here [Formula 1] next year, but not just to race… Also to win. I’m happy with the team, but we are not winning.

“If from here to September, or October, I see an opportunity to win in 2018, I’ll be more than happy to stay.

“If it’s not the case, I will be more than happy to talk to anyone…”

On a wet day in Barcelona Alonso was in a genial and mischievous mood and said he was looking forward to flying to the United States next week to prepare for the Indianapolis 500.

He revealed that he has already had it written into his contract that he will keep his race car, as used in America on May 28, and put it on display in his personal car museum in Spain.

“Yes, that is what is going to happen,” said Alonso. “I Have had it written in all my contracts like that since 2004.”

Alonso is in the final season of a three-year contract with McLaren-Honda and smiled broadly at suggestions that he could leave to join Mercedes or Ferrari or Red Bull.

“Now is not the time for me to think of this,” he said. “It’s a busy period with Indycar… So I don’t know.

“If it’s time to find other challenges outside Formula One, or if F1 will be an opportunity to win the championship, which is my main goal – I’m very open to anything.”

He said he was enjoying this year’s racing in the new “fatter and faster” cars.

“This year the cars are good to drive,” he said. “Formula One is back in a way. I like this Formula One. The cars look good again.”

As for his hopes in Sunday’s race, he said merely that he wants to do better than he did in Sochi, where he failed to start, adding that he hoped Sunday’s contest would mark the start of an upturn in fortunes for the team.

“Our moment right now is not the best,” he said. “We’ve been under-performing in the first four races. We didn’t finish any of the Grands Prix yet, in my case.

“The first step is to improve what we’ve been doing so far, which is not difficult!”

“The second is to find how competitive we can be here, which is quite different to the last couple of races, plus with the updates people bring here, normally things change.”

“We also need to raise our game with reliability and hopefully finish with both cars in this race. So, I hope this will be the starting point of a new championship for us.”