Wolff: Vettel versus Hamilton is good for F1 fans 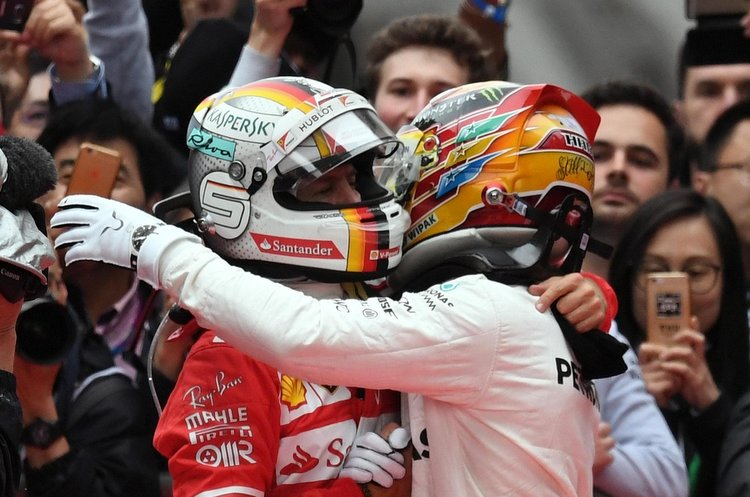 After three years of dominance, where Mercedes drivers Lewis Hamilton and Nico Rosberg slugged it out for the title between themselves, team chief Toto Wolff is relishing the battle against Sebastian Vettel and Ferrari.

Wolff told SID News Agency ahead of the Spanish Grand Prix weekend, “Sebastian Vettel-Lewis Hamilton? For fans this is a good thing. Two of the drivers with the greatest personalities of Formula 1, and with almost 100 victories between two, are fighting for the title. It is very exciting.”

Not far off the leading two protagonists is Mercedes new recruit Valtteri Bottas who scored his maiden grand prix victory at the recent Russian Grand Prix. The win signaled his intent and established himself as a contender amid some skepticism before the race at Sochi.

Wolff said, “It’s crazy that after just three races people were saying Valtteri was the number two in the team. For him it was a risky step to arrive in the World Champion team with Hamilton as his teammate. Now after four races he has a pole and a win and deserves them both.”

Valtteri’s role was questioned when on two occasions during the Bahrain Grand Prix he was ordered to allow Hamilton past, which prompted the number two reports.

But Wolff explained, “It is a controversial issue. There may be situations where one of the two is faster for several reasons and we must think of the team to win the race”.

Team orders has been part of the sport since it’s inception, one of the most blatant example of orders from the pitwall was during the Michael Schumacher era at Ferrari, where it was always clear that the German was the number one in the team.

At the 2002 Austrian Grand Prix, Schumacher’s Ferrari teammate Rubens Barrichello was ordered to allow Schumacher through to take victory. The Brazilian did so on the final lap, which infuriated fans at the time.

Asked if such a scenario could transpire with Mercedes, Wolff replied, “No, I think it was a different era, such brutal team orders is not our intention.”