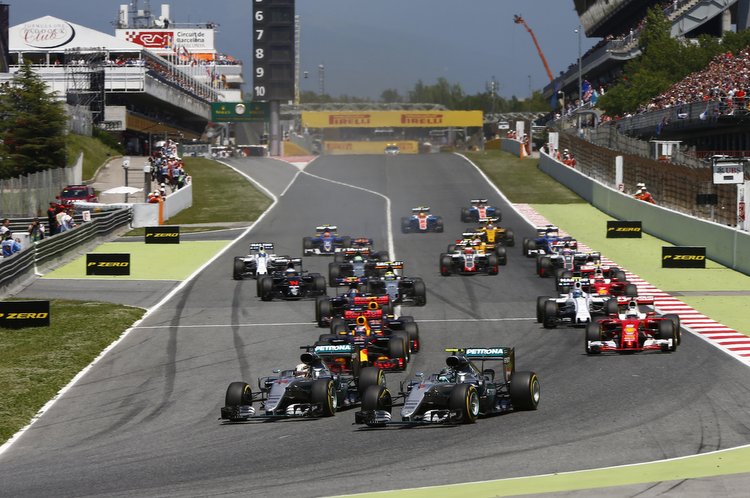 Valtteri Bottas can add his name to one of Formula One’s longest sequences by following up his breakthrough win in Russia with another triumph when the European season starts in Spain this weekend.

The Finn, fresh from his first grand prix victory with champions Mercedes in Russia, is the man most likely to become the 11th different winner in a row at Barcelona’s Circuit de Catalunya.

No other track on the calendar has had such a variety of winners over the past decade, an ironic fact given that it is the most familiar to drivers from winter testing and was once famed for its predictability.

Last year it was Dutch 18-year-old Max Verstappen who became the sport’s youngest winner when he triumphed for Red Bull, on his team debut, after both Mercedes drivers collided at the start.

In 2012, it was now-departed Venezuelan Pastor Maldonado — a one-hit wonder — who handed Williams a surprise victory that remains their most recent.

Ferrari’s championship leader Sebastian Vettel and Mercedes rival Lewis Hamilton, 13 points behind the German, will start as favourites and success for either could be an omen given that both went on to take the title last time they won in Spain.

But Bottas, who joined Mercedes from Williams in January as replacement for retired 2016 world champion Nico Rosberg, is the best bet to continue the streak of different winners in Spain even if he has yet to finish higher than fourth there.

“Getting that first win definitely gives me a lot of confidence that I can do it, even though I always knew I had the ability,” he said after Sochi. “And now it’s done, I just want to do it again and again.”

The only other driver from the leading trio of teams yet to triumph in Barcelona is Verstappen’s Australian team mate Daniel Ricciardo, but the Red Bull has lagged Mercedes and Ferrari on pace so far this year.

That will surely change, with the flow of upgrades set to speed up now that teams are closer to their factories, and Red Bull have some big chassis modifications in the pipeline with engine improvements still to come.

“I hope the upgrade will give us a chance to really fight with Mercedes and Ferrari or at least get us closer,” said Ricciardo.

The driver of car number 11, Force India’s Mexican Sergio Perez, has racked up 14 successive points finishes and he too will have aerodynamic updates on his car.

Of the current crop, only Ferrari’s Kimi Raikkonen and McLaren’s Fernando Alonso have won twice at the Barcelona circuit with their first victories in 2005 and 2006 respectively.

Alonso will consider it a bonus to get as far as the starting grid on home soil, having failed to make it even that far in Sochi before his car broke down, in his last race before heading to the United States and the Indianapolis 500.

“I’m not sure what we can expect from this weekend,” said the Spaniard. “We’re expecting some various new parts…but we can’t really focus too much on performance until we have solved our reliability issues.”

The lap times will be closely scrutinised, with Barcelona a benchmark for the 2017 regulations that aimed to make the cars five seconds quicker, thanks to wider tyres and revised aerodynamics.

There will also be more of a buzz in the paddock, with teams rolling out their ‘motorhomes’ — palatial multi-storeyed hospitality units — for the first time this season.