Wolff: We will be prepared for that battle 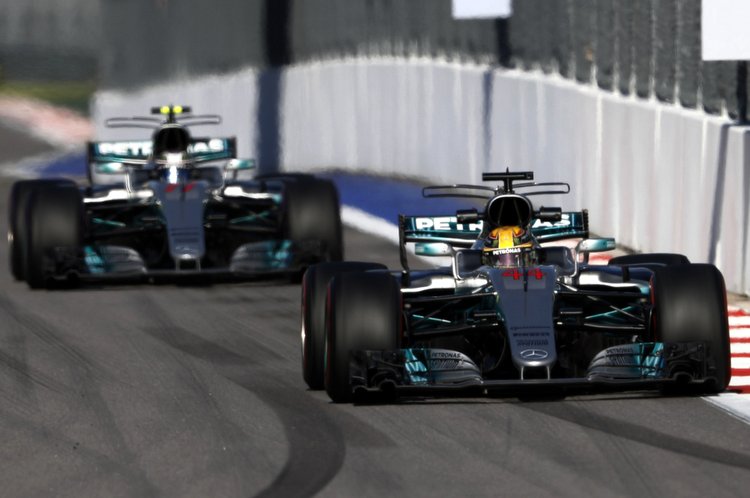 Mercedes chief Toto Wolff is aware that the balance of power in Formula 1 is shifting and that his team have hard work to do to contain the challenge of Ferrari and also an expected Red Bull resurgence, but at the same time his adamant that his team is ready for battle.

Wolff said ahead of the Spanish Grand Prix, Round 5 of the 2017 Formula 1 World Championship, in Barcelona, “I always enjoy going to Russia but it was a tricky weekend for us. On Friday we lacked performance but the engineers made the right decisions that evening and we made a good step on Saturday and Sunday.”

“The prevailing feeling is that there is lots of homework to do to come back stronger with a car that can perform on a consistent level every weekend. I have the feeling that we are moving in the right direction but we need 24/7 shifts to achieve our ultimate targets.

“We expected Valtteri to develop through every single race and step up his performance and he’s shown that. He’s coped extremely well with his calm approach to setbacks. And he hasn’t been carried away with success. It came early in Bahrain with the pole position and then he had a setback in the race.”

“He replied with an exceptional performance in Sochi, in just his fourth Grand Prix for Mercedes, and showed that he’s on the right path.

“On the flip side, Lewis had a difficult weekend in both qualifying and the race. We have spent our time since then unpicking what happened to understand why we couldn’t get the car in the right window so he could feel comfortable with it – there are no magic bullets to understanding that, just a lot of hard work and attention to detail. We must give him the tools he needs to do the job in the next races and that will be a big focus for us.

“Barcelona will be interesting as our pre-season was not spectacular in Spain. It’s a very different track to Sochi and we’ll be running with harder tyres. We are taking this season one race at a time. If we deliver the best possible work from Friday onwards, then we’ll be ready to win and fight with Ferrari.

“This inter-team battle is a totally different situation that what we have seen over the last three years. You simply need to adapt to the challenge and that’s what we are doing, playing the hunter as well as being the hunted.”

“At the moment there are two top teams fighting for both championships and I expect Red Bull will also eventually join the club. The small margins we are seeing this season are demonstrated by the closeness at the top of the Drivers’ championship and even more so by the one point advantage we have in the Constructors’. This fight will continue on to the end of the season and we will be prepared for that battle,” added Wolff.

Heading to Spain, after four rounds, Mercedes lead the constructors’ championship from Ferrari by a single point.

Big Question: Is it the end of Mercedes dominance in Formula 1?