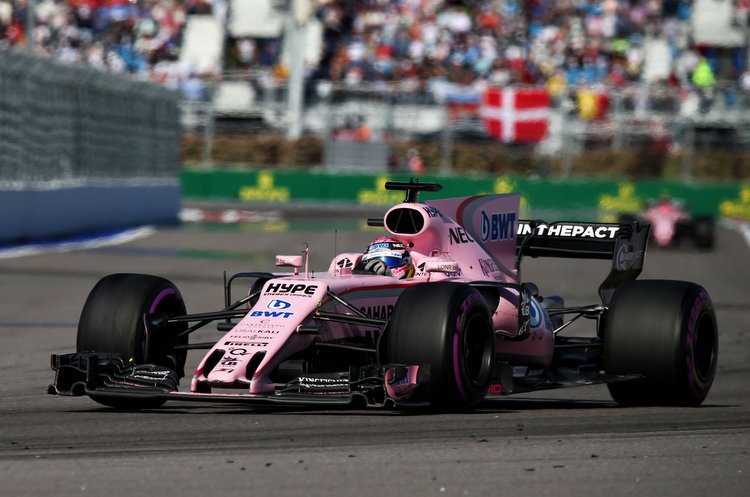 “Ahead of the European leg of the season, we can look back on the start of the year feeling pretty happy. We continued our 100% points-scoring record by adding another 14 points in Sochi to consolidate our fourth place in the championship. I’m proud of the team and how we are performing. We’re taking our chances and racing intelligently. Sergio’s remarkable consistency continued with a fourteenth straight points finish, while Esteban secured his best ever result in Formula One with a seventh place. To have scored points with both cars in every race gives me confidence for the rest of the year. We want to hold on to fourth place. Our planned development programme will continue in Barcelona where hopefully we can take another step forward with the VJM10.”

“Barcelona is a track that really tests a Formula One car. There are some quick corners that feel very special, such as turns three and nine, where you can appreciate the aero performance of these 2017 cars. It’s always a difficult track for overtaking and so there is extra emphasis on qualifying well.

“When you get to Europe, you feel that the season is in full flow. It’s race five – a quarter of the way through the season – and the year is flying by really quickly. I’m very proud of the team and what we have achieved so far. To be fourth in the championship as we arrive in Barcelona shows that we’ve done a really good job in the races so far. Russia was another example of a weekend where we maximised all the opportunities.

“It’s hard to know what to expect this weekend. I think all the teams will bring new things for their cars and it’s the same for us. We have planned updates, which will hopefully give us a bit more performance.”

“I’m feeling positive after our performance in Sochi. It shows the results we can achieve when everything goes to plan because we improved the car during each session. The team did an awesome job because I felt comfortable in the car and could really push. It’s a good sign for the races to come and I feel we have lots more potential to find with the VJM10.

“Coming back to Barcelona is an opportunity to see how much we have improved the car since winter testing. It’s a track that shows your strengths and weaknesses because there is nowhere to hide. It’s all about aero performance and having confidence.

“I’m quite pleased to be back in Europe. It’s closer to home and it just feels a bit more familiar because I’ve raced at Barcelona so many times when I was younger. I really enjoy the flow of the lap and there are corners, such as one and two, where you can’t afford to make a mistake because it hurts your speed all the way through turn three. The final sector is also very technical and you need to be very precise with how you position the car to ensure you don’t lose any time.”

“The Circuit de Catalunya is a track we know very well because of pre-season testing, but it’s very interesting to see the development in the car that took place since we were last here. Mid-May is also very different from February: the increased temperatures make it a very different track from the one we tackled back then. Compared to Russia, it’s a much harder test for the tyres and we expect wear and degradation to be much higher. It is one of the reasons we are using the three hardest compounds in the range – soft, medium and hard. As a circuit, it is a challenge from turn one to the final corner. Driver, car and tyres do not get much rest, although it is fairly easy on the brakes. You have medium- and high-speed corners making up most of the first two sectors, while the final one is mostly low-speed, meaning you have to find the right compromises when setting the car up. Overtaking is very difficult, so qualifying position is crucial: the Saturday afternoon session will be a very interesting fight.”