Indy not trying to poach F1 drivers after Alonso 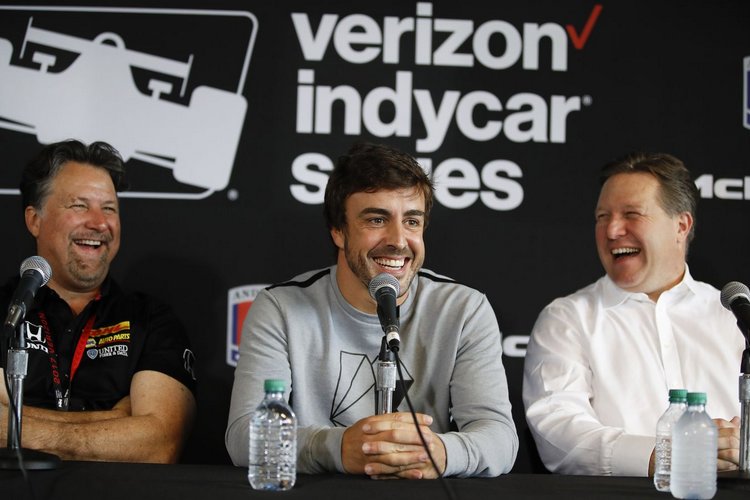 More Formula 1 drivers may have the Indianapolis 500 on their radar after double world champion Fernando Alonso makes his debut in this year’s race, IndyCar boss Mark Miles said in the wake of the Spaniard’s testing debut.

The Hulman & Co president and chief executive added, however, that there was no concerted effort to enlist their services, “I don’t think it’s a strategy for us.”

“I think it [Alonso’s decision to compete] was a unique set of circumstances in so many respects so we’re not going to be following the grand prix series around and trying to poach drivers.

“I think more drivers will pay more attention to it and we’ll see what happens. There may be points in their careers where we make some sense. It’s not a strategy per se.”

McLaren driver Alonso is skipping the showcase Monaco Grand Prix to compete on the same day in Indiana as part of his bid to become only the second man to win the famed ‘Triple Crown’ of motorsport.

The move has been helped by McLaren’s poor performance in Formula One, a desire for some positive headlines and also to keep the Spaniard happy with his contract expiring at the end of the season.

He will be the sixth driver to compete in the Indy 500 after winning a Formula One championship, with the late Graham Hill the only man to have won the F1 title, Indianapolis and Le Mans 24 Hours race.

This year’s field will include several ex-Formula One drivers, including Colombian Juan Pablo Montoya who won the Indy 500 in 2000.

Alonso’s involvement has created a significant buzz, with more than two million watching a live stream of his first drive in the Andretti Autosport car at Indianapolis this week.

Miles said Spanish IndyCar driver Oriol Servia had called him after the announcement of Alonso’s move to say he had woken in Los Angeles to 60 messages from Spanish reporters seeking reaction.

That had triggered a decision to travel to Europe and hold a series of media briefings about the 500 and IndyCar series.

The return of McLaren, after a 38-year absence, and Alonso’s presence was not expected to translate into any immediate economic windfall with last year’s race a 350,000 sellout anyway.

But it had raised Alonso’s name recognition in the United States and Formula 1’s profile while taking IndyCar to new audiences.

“It’s really about the attention and it’s clear just from looking at the audience for the test this week and streaming that it’s quite exciting around the world,” said Miles.