Franchitti: Indy is going to be tough for Alonso 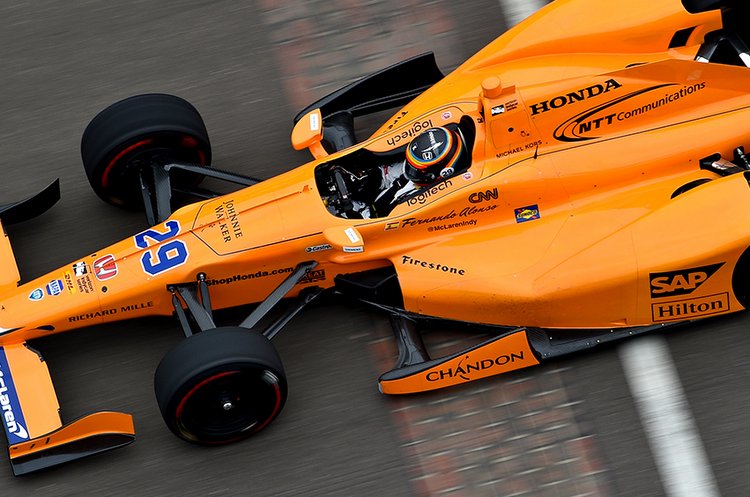 The Indianapolis 500 is the tightest of tightropes but Fernando Alonso will take the challenge and inevitable dangers in his stride when he makes his debut this month, according to three-times winner Dario Franchitti.

The retired Scot warned the double Formula One world champion to expect the unexpected and approach the race with subtlety and mental discipline.

Speaking to reporters at the McLaren factory, Franchitti saw the risk of serious injury as less of a concern for the 35-year-old Spaniard who has started 276 grands prix and is no stranger to accidents.

“He’s a racing driver,” Franchitti said when asked how big a gamble Alonso was taking in missing Formula One’s showcase Monaco Grand Prix to race at speeds in excess of 370kph around a walled circuit.

“The margin for error is tiny but for somebody like Fernando, he’s going to see that as a challenge. And it will definitely heighten his senses.”

Franchitti, who won the Indy 500 at the fifth attempt in 2007 and then in 2010 and 2012 while taking the IndyCar title four times, said learning how to race at close quarters on anti-clockwise ovals was the biggest challenge.

He warned that The Brickyard, with often fickle weather, had a habit of choosing its own winners and no driver could afford to lose concentration for even a fraction of a second.

“If you are having a smooth day, something is going to come out of left field,” he said.

Franchitti said two thirds of the field could hope to win on pace alone and there should be no misapprehensions about the challenge, “This is going to be tough. Talent-wise, can he do it? Absolutely.”

“It’s the experience (that will make the difference). If it comes down to that caution, with 20-25 laps to go and everybody pits and they all come out on new tyres, that’s when all bets are off.

“At the start of the race everybody is a little nice to each other… as business picks up towards the end, that goes away in a hurry. I think that will come as a shock.”

The American was confident, however, that his prize asset was not taking excessive risks at a circuit that has seen dozens of fatalities since 1911 but none over the Indy 500 weekend since Scott Brayton in 1996.

“I think the Indianapolis Speedway has been a very safe place for a couple of decades now… Fernando is extremely prepared, the car is exceptional, he’s going to have a good amount of testing,” said Brown. “We’re very comfortable with our decision, as is Fernando.”