Vettel: I hope that Red Bull find some pace 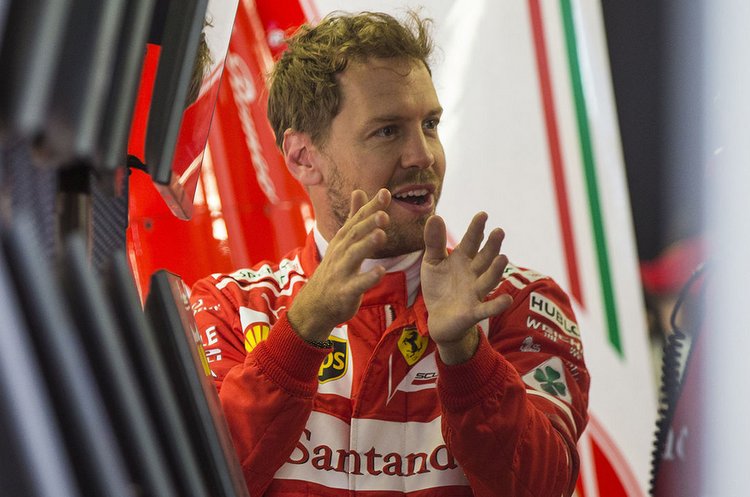 Early on in the season Ferrari and Mercedes have established themselves as the pace setters, while Red Bull have been conspicuously absent from the sharp end of proceedings and now their former driver – Sebastian Vettel – is hoping they get their act together.

Vettel, now driving for Ferrari, won his four Formula 1 world titles in blue, and said of his old team after the Russian Grand Prix, “I think it will be a very close race between Mercedes and us, I hope, and I also hope that Red Bull find some pace.”

“There’s a lot of rumours around. They are a strong team, they know how to build a quick car so I expect it’s a question of when rather than if [they close the gap]. But the sooner, the more exciting it will be.”

“For us [at Ferrari], I’m confident that we have the right people, the right tools on board and we will make progress. It obviously depends on what others are doing.”

Red Bull finished second, behind Mercedes, in the 2016 F1 constructors’ championship, but this year they have dropped down to third in the pecking order with Ferrari improving the most, already racking up two victories in four races and seriously challenging Silver Arrows dominance.

Vettel explained, “We had a good run up in Barcelona at the tests, so looking forwards to [the race at] Barcelona, the car feels good. I think we’ve improved it from early March to now, I think we’ve had a very good start.”

“It would be wrong to sit here and say that’s what we expected — but we’re here to win, we’re here to do our best. If we look back I think we have more or less extracted the maximum.”

“So very happy with where we are as a team — but we can still learn and we can still improve and I think that’s the way we go forward. Nothing is for granted, Barcelona is just another race and we have a lot of races to go this year. But before that we have two weeks’ time to look at what we have done so far and improve.

“In Russia I think the speed in general was there, the balance dropped away from me a little bit in the first stint. I struggled with the fronts and couldn’t attack as much as I was hoping for and as much as I was probably able to in qualifying.”

“So things that we could have done better but the race is done today so yeah, I’m generally looking forwards: we have a strong car, a strong team, the spirit is good, so lots of positives,” added Vettel who leads the championship heading to round five, the Spanish Grand Prix in Barcelona.