Marko: I want to see it on the stopwatch in Barcelona 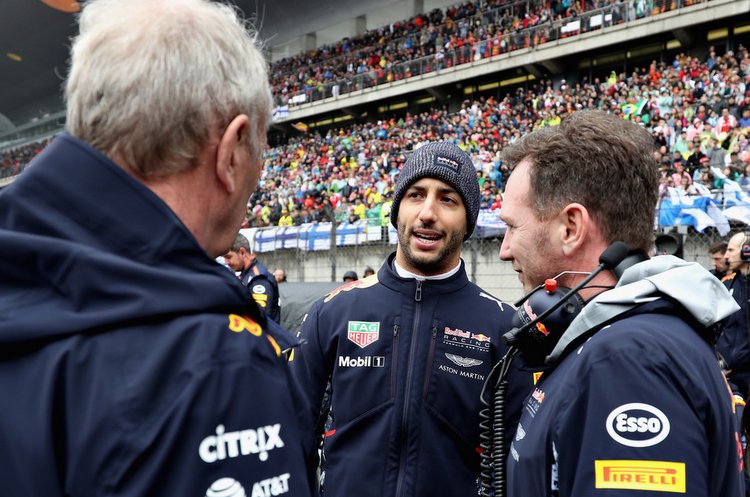 While Red Bull are hoping that the Spanish Grand Prix will see them among the pace setting Mercedes and Ferrari teams, Helmut Marko is not convinced that Renault will provide them with a power unit capable of running at the front once again.

But according to Auto Motor und Sport, Marko is playing down expectations, “The braking defect is caused by the fact that we have drive to the limit of the car to heat up the rear tyres beyond the temperature of the rim.”

Regarding the failure during the early stage of the race at Sochi, he said, “After the restart, a temperature sensor in Ricciardo’s car failed. The brakes were getting too hot without it becoming evident on the data we had. Otherwise we would have told him immediately to shift the brake balance forward, just as we did with Max.”

“It was too late for Ricciardo so we could not warn him. It was, in principle, the same defect as we had in Bahrain,” added Marko which contradicts the opinion of team principal Christian Horner who told reporters in Russia that the failures were unrelated. Report here>>>

Much is riding on the Renault upgrades expected in Barcelona, but Marko is wary, “I knew the numbers before the season started. Now I want to see it on the stopwatch in Barcelona.”

“As long as Renault does not have reliability under control, there is no further development. This inhibits us,” added the Austrian cryptically.

Word in the paddock is that Renault are focusing their efforts on the works car of Nico Hulkenberg and that the fuel used by Red Bull is not optimal for the TAG Heuer badged Renault engines powering the RB13.

But Marko does not believe this is the case, “We’re using a different gasoline, but Renault assures us there are no differences. The hardware is certainly the same. It would be impossible to build two different engines.”

“This impression emerges only in the qualifying, where Hülkenberg is close to us. In the race , he is about a second and a half slower per lap. One factor for sure is that Hülkenberg is an incredibly good driver in qualifying,” added Marko.