Lauda: Alonso has made many mistakes 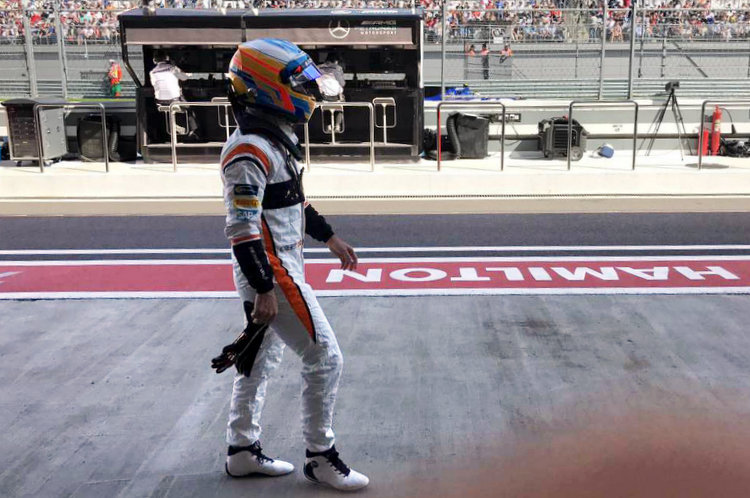 Many believe that Fernando Alonso in a Mercedes would be winning races on a regular basis, but the prospect of that happening is highly unlikely according to Niki Lauda.

Lauda was asked by Movistar if there was a chance that the Spaniard would find himself in a Silver Arrow or in a top team any time in the future.

Mercedes F1 chairman replied, “I do not think Ferrari wants to have him again. He left with a contract. The same thing happened with [McLaren-Mercedes].

“We have drivers who do their job, so if we win with [Lewis] Hamilton and [Valtteri] Bottas, we don’t need a replacement.”

But Lauda also acknowledged Alonso’s talent, “He is fast, aggressive, in this way he is the best. But unfortunately, drivers sometimes cannot prove they are the best by the decisions they make, and Alonso has made many mistakes.”

“He left Ferrari very early and decided to go to McLaren, but the problem with Honda’s engine development was already known. Now he’s disappointed, but going to McLaren was his decision.”

Alonso’s career in Formula 1 has gone backwards, the ambitious McLaren-Honda project which promised so much has been a disaster, rendering him to the unfamiliar role of backmarker for the past three seasons.

This year things have become even worse as reliability and power is sorely lacking from Honda’s woeful power unit. Alonso’s frustration and anger evident to all.

Thus McLaren chief Zak Brown has engineered an Indy 500 foray to keep his star driver happy despite it meaning that the double F1 World Champion will not drive at Formula 1’s crown jewel event – the Monaco Grand Prix.

Lauda commented, “He’s bored and he needs a challenge. As a driver I understand, but for McLaren to let him go in the most important race of the year and where they can have their best result is a tough decision to make.”

“It’s a good decision for Alonso because he can enjoy things there that he cannot do here, and I’m curious to see what he can do at Indy,” added Lauda.

Big Question: Is Fernando his own worst enemy?