Hamilton: I will come back fighting 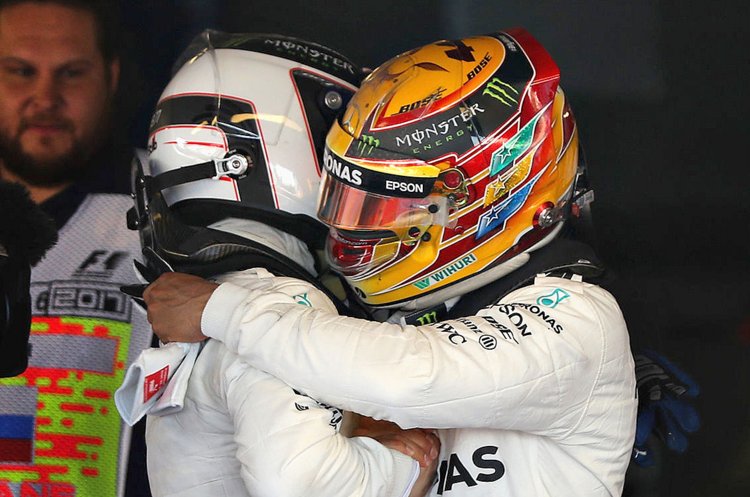 A dejected Lewis Hamilton admitted on Sunday night that he needs to rediscover his speed after an abject display in Russia saw him fall further behind rival Sebastian Vettel in the championship race.

As Hamilton toiled to fourth, his new Mercedes team-mate Valtteri Bottas clinched the first victory of his Formula One career at the 81st attempt as he became the third winner in just four races of this unpredictable season.

Bottas held his nerve in a nail-biting ending at the Sochi Autodrome – with Vettel crossing the line just 0.6 seconds behind the Finnish driver – to move to within 10 points of Hamilton, and in doing so, firmly throw his crash helmet into the championship ring.

But as Bottas mastered the race from the outset – after leaping from third to first in the 220mph drag down to turn two – a perplexed Hamilton could not keep pace with the leading trio.

He has been mysteriously off colour all weekend and struggled for balance throughout Sunday’s race. Hamilton, who also bemoaned an overheating engine in a number of fractious radio messages with his Mercedes team, limped home a bruising 36 seconds behind Bottas.

It was hard to recall a time where even Nico Rosberg, the man whom Bottas replaced at Mercedes, delivered such a devastating defeat.

“I can’t explain it right now, but we will do some work over this week to fully understand it,” Hamilton said.

“It is not important to think about the championship because I need to understand where the speed was this weekend, where I went wrong with the set-up, and then come back fighting for the next race.”

“There is still a long way to go. I am still second in the championship, so it is not the end of the world, but of course I need to recover the pace that I had previously because it was a very, very unusual weekend,” mused Hamilton.