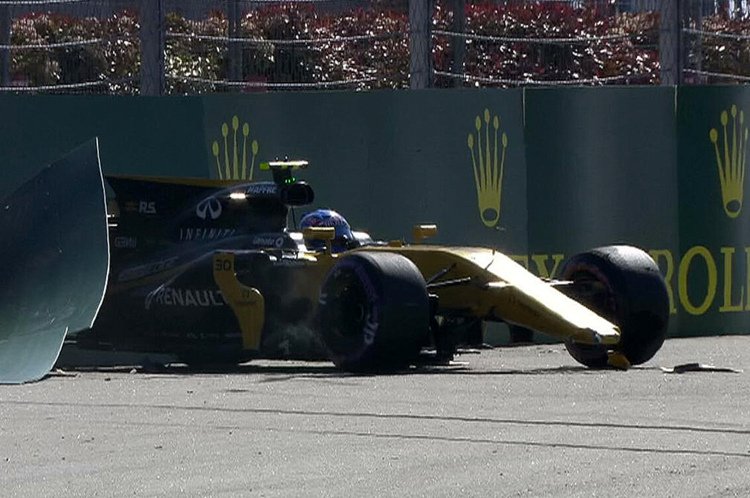 Jolyon Palmer bashed his car and dented his ego during qualifying for the Russian Grand Prix and as a result has prompted speculation in the paddock that his days with the French team may be numbered.

The personal embarrassment pained the British Formula One driver as much as the damage to his Renault, which smacked into the tyre barriers during Q1 at Sochi Autodrom.

As Palmer told reporters, he had only himself to blame for the crash even if that was just another setback on a weekend beset with other issues beyond his control.

There were no bruises or knocks, he said, other than to the driver’s ego, “I… put it in the wall so it’s quite difficult for me to point too many fingers at the team.”

Renault had rebuilt his car overnight after a hot exhaust damaged the chassis on Friday and then they also replaced the power unit before qualifying after a failure on Saturday morning.

That cost him precious track time and left him under pressure, “When you haven’t done any laps today it becomes a little bit more on the limit and you have to dig deep and explore new limits. Me losing the track time certainly contributed but it’s my mistake.”

Palmer, who has yet to score a point in three races this season, qualified 16th, “It’s not going my way but it’s a long season. It wasn’t going my way this time last season either.”

One of only two Britons on the grid, the other being triple champion Lewis Hamilton, Palmer’s future was in the balance last year and there is already media speculation about who might replace him at the end of this campaign.

His German team mate Nico Hulkenberg, who scored Renault’s first points of the campaign by finishing ninth in Bahrain, qualified eighth, but Palmer saw nothing heartening in that for him, even if it was good for the team.

“It’s nice to see the car being competitive but I’m just focused on doing the best for myself,” said the driver, who scored just one point last year in what was a transitional season for Renault after they bought the failing Lotus team.

“I’m still to do three proper practice sessions this year … apart from that there’s always been problems. I’m sure that at some point the luck will turn. There’s plenty of races to turn it around,” added Palmer.