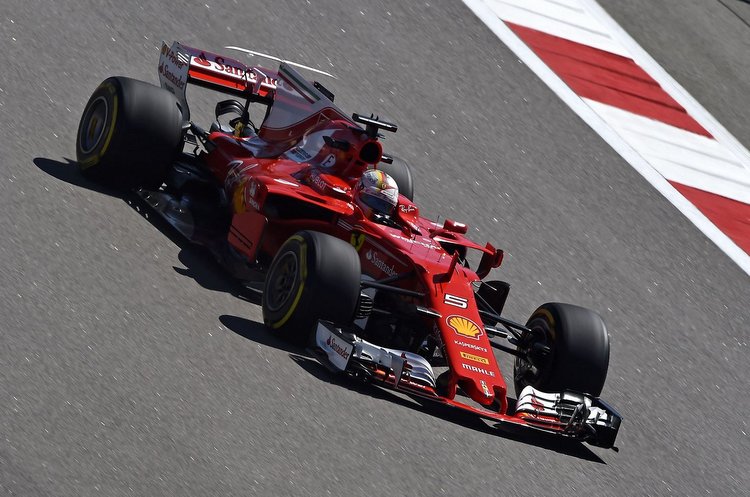 The German, who is seven points clear of Mercedes’s Lewis Hamilton after winning two of the first three races, lapped the Sochi street circuit with a fastest time of 1: 34.001 seconds on the ultrasoft tyres.

Finnish team mate Kimi Raikkonen was second on the timesheets, 0.337 of a second slower than the four-times world champion, with compatriot Valtteri Bottas third for Mercedes.

The Ferrari drivers led both sessions on Friday, with Bottas again quicker than triple world champion Hamilton who was half a second adrift of the top time.

Mercedes have led every lap in Sochi since the race made its debut on the grand prix calendar after the 2014 Winter Olympics, with Hamilton winning the first two races and now-retired 2016 champion Nico Rosberg triumphant last year.

The champions have also started the last 18 races on pole position but that remarkable run may end in Saturday’s later qualifying unless Mercedes are holding something back.

“I think Mercedes will be fine; it’s a circuit that suits them, so they will be strong,” Vettel had said after Friday practice.

Britain’s Jolyon Palmer did just four laps but failed to set a time after Renault changed his chassis overnight as a precautionary measure, following an exhaust leak.

The team will also replace the car’s engine before qualifying.