Razlan Razali: Are you Chase? Are you Sean? 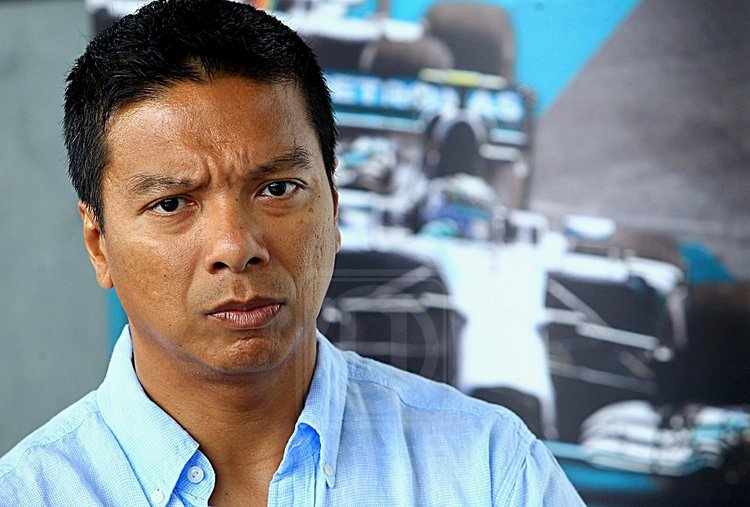 Sepang boss Razlan Razali has urged Formula One’s new owners to “put their ego aside” and learn from the “two wheels” of Moto GP if they are to revive their sport.

This year will witness the last Malaysian Grand Prix before the race disappears from the calendar after a combination of low attendances and high fees, with the government spending some $67.6 million annually to stage the event, something the Sepang International Circuit (SIC) and their political bosses were no longer prepared to tolerate.

Earlier this month former F1 supremo Bernie Ecclestone, ousted from his position after a takeover by the US-based Liberty Media in the off-season, gave an interview in which he admitted over-charging tracks to stage races.

Sepang chief executive Razlan, speaking to AFP in London on Friday, slammed Ecclestone for “making us look like idiots”.

But while acknowledging Liberty were “easier to talk to”, he said chief executive Chase Carey and managing director Sean Bratches, needed to make greater personal contact with promoters.

“I always feel for a new company to take over a championship like Formula One, they need to move faster than the Formula One cars themselves,” Razlan told AFP.

“They are too slow to react…For circuit owners who pay them a lot of money every year, the least they could do is introduce themselves, rather than us going to them and saying: Are you Chase? Are you Sean?”

Razlan added: “They are trying their hardest to make it work, but they are too focused on the paddock club, which, let’s face it, are less than a thousand people, rather than the masses.

Sepang may be giving up its Formula One Grand Prix, but it will remain on the Moto GP calendar and Razlan said: “Moto GP, they have everything, they have great support races with Moto Three and Moto Two.

“There are three world championship races and they create fans from the beginning. When a new rider comes into Moto Three, younger fans follow this particular rider. Maverick Vinales, for example, he started in Moto Three, he moved all the way up to Moto GP and the fans did the same.”

But the pathway on four wheels is not so clear and Razlan said: “You look at Formula One, who’s Lance Stroll (a new Williams driver this season), you tell me? There’s no harm in looking at what the two wheels are doing, put ego aside, put whatever aside, and look at what they are doing.”

Meanwhile Razlan, while pleased the F1 calendar now had back-to back races in the same region, said a gap of two weeks, as will happen when October’s Malaysia Grand Prix follows September’s Singapore Grand Prix later this year, was too long to persuade international fans to stay in the region for both races.

“Last year we were two weeks back-to-back with Singapore, that’s still a long wait — it should be one week, directly back-to-back,” he insisted.

“It’s unique for Asia, having one week to watch a night street race and then one week you go to a proper circuit like Sepang. I think it’s fantastic for the global fans. It’s something we talked about with Bernie in the past and sort of mentioned to Liberty Media, but they seem to have other plans,” added Razlan.