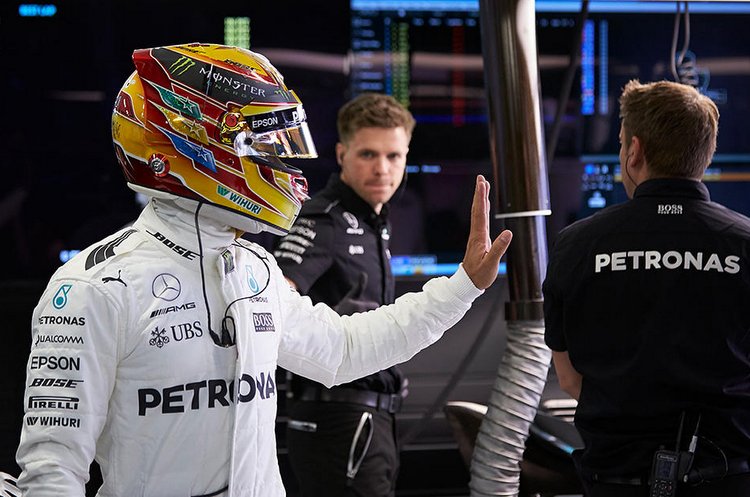 Lewis Hamilton raised his hand and took the blame for qualifying outside the top three for the first time in 12 races, as Ferrari claimed the front row for the Russian Grand Prix and the Briton’s Mercedes teammate Valtteri Bottas ended the session third fastest.

Hamilton, who will start the race at Sochi Autodrom from fourth place on the grid, told reporters “I just wasn’t quick enough , so I have to go back to the drawing board and try to figure out why.”

“It was all in the last sector, I was losing half a second there. I’ve been struggling there all weekend with the balance and it’s been tough to utilise the tyres.”

Mercedes have led every racing lap since the Russian Grand Prix was added to the Formula 1 calendar in 2014, with Hamilton winning two of the three races to date at the venue.

In the race on Sunday he faces a resurgent Ferrari team, “[They] are quickest, obviously in quali and generally during race trim, so it will be interesting to see where we stand in the race.”

“Of course my goal is to try to get forwards. My long run yesterday was pretty poor as well, so I’m hoping tomorrow is better.

“Sochi isn’t the easiest track to follow on, but there are long straights which should offer the opportunity to move forward. I’m on the dirty side of the grid so I haven’t done myself any favours off the start.

“But that was the best job I could do today. We’ve got a real race to look forward to. There’s no point being upset; we’ll channel our positive energy and hopefully Sunday will be better,” added Hamilton.