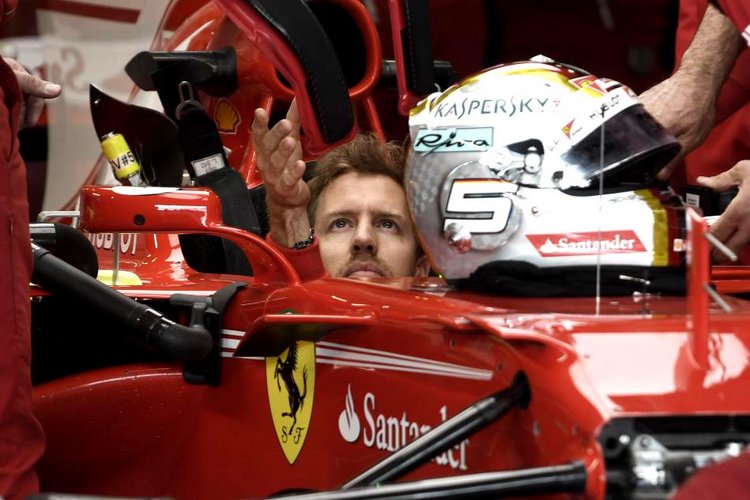 Despite ending the first day of the Russian Grand Prix weekend over half a second faster than both Mercedes drivers, Ferrari driver Sebastian Vettel is convinced that the Silver Arrows will turn up the wick in qualifying as they have done in the past.

Speaking to media after FP2, Vettel said, “I think [Mercedes] will be fine. It’s a circuit that suits them so they will be strong tomorrow.”

The four times F1 World Champion recalled qualifying in Sochi last year, “I don’t want to make this personal but I think last year people expected Williams to be the fastest after Friday and if I remember right, obviously it turned out Mercedes was the fastest.”

“That’s how sometimes it can be misleading [in Friday practice] and I think there are a lot of things we can play with in the car: fuel loads, engines modes.”

“So this track especially there are a lot of things that you can show or not show so I think the most important is that we talk about ourselves our balance, and as I said I was able to improve so I’m reasonably happy.”

“I think we improved so I can be reasonably happy but not entirely. We had a tough start this morning and it took a while to increase speed.”

“I am sure we can still do more. I think this is a circuit where you need to feel confident. There’s a lot of corners that look all the same on paper, they feel similar in the car, but then it’s quite tricky to get everything right.”

“I wish they planted more trees next to the track so that you could have more references! But it’s tricky and that’s why you need to get into the rhythm. I struggled a bit in the morning but I think we understood what we need.”

“We always fight for the pole position, that’s, for sure but on paper this track looks like a Mercedes one. They didn’t show everything today and didn’t get their lap together. So we’ll see,” concluded Vettel.