Perez: Mallya is very optimistic that he will be OK 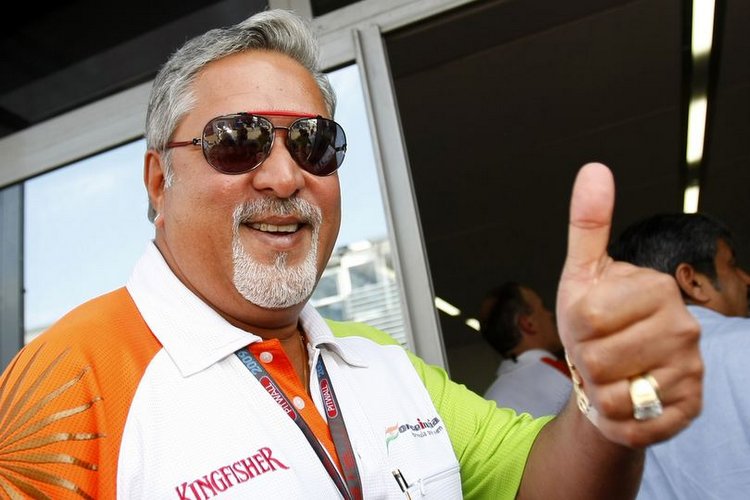 Force India co-owner Vijay Mallya is upbeat about the future despite facing potential extradition from Britain to India after his arrest last week, the Formula One team’s Mexican driver Sergio Perez said on Thursday.

“I think Vijay himself is happy that finally action has been taken because then the decision will be quite soon and he is very optimistic that he will be OK,” Perez told Reuters at the Russian Grand Prix.

“So we look forward to having him back at the track,” he added.

Perez keeps in close contact with Mallya, who attended only the British Grand Prix at Silverstone last year after his Indian diplomatic passport was revoked with a judge in Mumbai issuing a non-bailable warrant for his arrest.

Pursued by Indian authorities over unpaid loans tied to his defunct Kingfisher Airlines, Mallya was arrested in London last week and appeared at Westminster Magistrates Court for an extradition hearing before being granted bail.

A source close to Mallya told Reuters at the time that the 61-year-old had attended a police station voluntarily in an arranged visit and the arrest was a technical procedure. .

India has asked Britain to extradite Mallya to face trial after the liquor and aviation tycoon fled there in March last year.

Banks are seeking to recover about $1.4 billion that the Indian authorities say Kingfisher owes. Mallya has repeatedly dismissed the charges against him and defended himself in messages on Twitter and rare interviews.

Mallya has a base in London and a lavish country home bought from Anthony Hamilton, the father of triple Formula One world champion Lewis Hamilton.

The Indian has installed a control centre in the country house, allowing him to keep in close touch with the Silverstone-based team in real time during races and have access to data feeds.

“I think the team is in a good position,” said Perez. “Nothing changes.”