Hamilton: We never ever sandbag 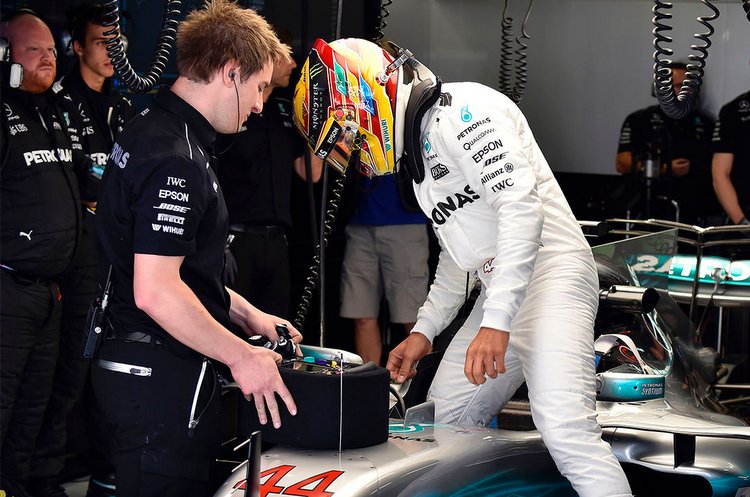 Amid suspicions in the Sochi paddock that Mercedes are sandbagging, Lewis Hamilton scoffed at reporters when they suggested that his team on purpose did not show their true potential on the opening day of the Russian Grand Prix weekend.

After ending the day fastest of all in the Ferrari, championship leader Sebastian Vettel told media afterwards that he was sure Mercedes had more in reserve which he believed they would unleash in qualifying.

Hamilton countered, “We never ever sandbag, there’s no benefit to sandbagging. I think Ferrari have done in the past but there is zero benefit for us to do so. We are trying to get the car to the optimum balance-wise and today has generally been a tricky day.”

“Ferrari is definitely quickest, as they have been all year so far, so we will work hard this evening and into tomorrow to try and see if we can pick up some pace.”

“The problem is we can’t get them to work on lap one, two, three, four, five at least! Ferrari, after two timed laps, got better and faster in the third and fourth I think. The tyres have just been generally difficult to work here so that’s what we’ve been trying to get working better.”

“We’re going to do some investigating to see if maybe we are in the window, maybe we are just slow. We shall see tomorrow,” added Hamilton who ended day one of free practice fourth fastest.