Alonso: Everyone was stopping me and shaking hands 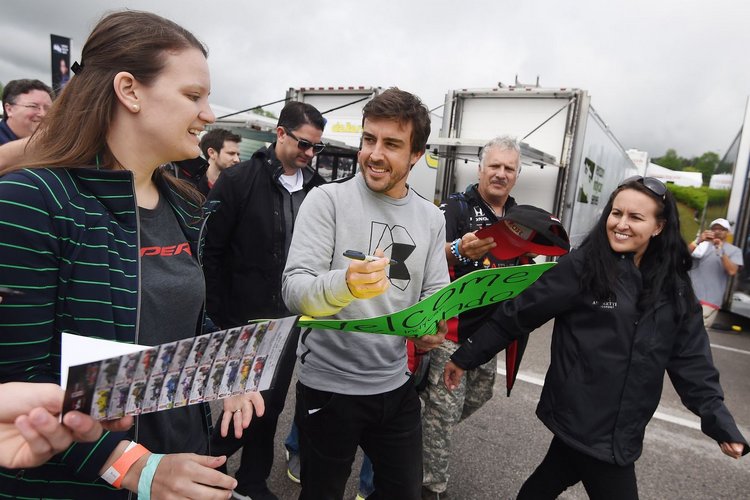 Fernando Alonso had a hunch that entering next month’s Indianapolis 500 was going to be a big deal but on Thursday he confessed to a misjudgement – the race was even bigger than he had imagined.

Speaking to reporters at the Russian Grand Prix after attending an IndyCar race in Alabama at the weekend, the double Formula One world champion expressed surprise at the level of interest in the United States.

“What is for sure is that the impression of how big is the Indy 500 has increased in my opinion after these days, how the people get super-excited about the race,” said the McLaren driver.

“These last three or four days, I walked in the airport in Indianapolis or Chicago and everyone was stopping me and shaking hands and wishing me good luck. It was like being in Spain for a moment.”

Alonso is missing next month’s showcase Monaco Grand Prix, a race he has won twice before, on May 28 to compete at Indianapolis on the same day in a bid to match the late Graham Hill’s ‘Triple Crown’.

Britain’s Hill, also a double Formula One world champion, is the only man to have won the Monaco Grand Prix, Indy 500 and Le Mans 24 Hours sportscar race.

The 35-year-old said that while he had been surprised by the fan reaction, he had not changed his view on the challenge he faced in adapting to racing on oval circuits.

“I remain very open of how difficult it will be to drive those cars, at those speeds and in traffic,” he said. “But I am ready to learn as much as I can and hopefully be competitive.”

Alonso has set himself a punishing schedule for the next few weeks, flying to the United States immediately after the Bahrain Grand Prix.

He will heading back across the Atlantic next week for practice before coming back to his home Formula One race in Barcelona.

Travel problems last weekend, with his return flight cancelled due to bad weather in New York, had not made life any easier.

“A couple of hours in the airport, went through Chicago to Milan and then Milan to here. I arrived this morning and after this press conference I go to bed,” he said.