New York back in the running to stage grand prix 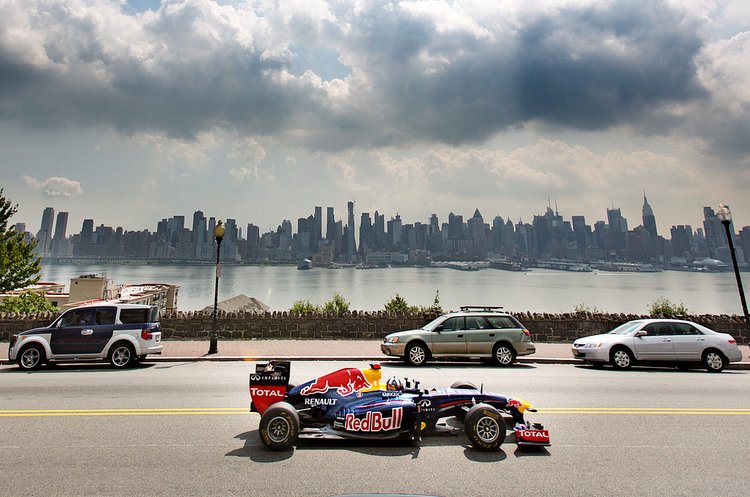 In September 2013 it was announced that the New York Grand Prix was on the 2014 Formula 1 calendar, however financial shortcomings resulted in the race dropping off the radar but now Liberty Media are keen to revive the project with a race said to be penciled in for 2019.

With Malaysia dropping off the calendar and Singapore in doubt, alternative venues are a high priority for the sport’s new owners and a race in the vicinity of the Big Apple is high on their wishlist, with word out that the sport’s bosses Chase Carey, Ross Brawn and Sean Bratches are working on a plan to revive the race.

In 2012 Herman Tilke was tasked, by Port Imperial Racing Associates, to design the original street circuit in New Jersey along the Hudson river banks, with the New York skyline as a back drop.

The mandate was to build a 4.9 kilometre Grade 1 street circuit over 52 hectares including pit building, 33 pit bays, grandstands to seat 106,000 fans, a media centre, a medical centre, team buildings and commentary booths.

At the time Tilke said of the track, “It’s a very fast track. It looks to be very interesting, and it’s all on existing roads. The paddock will be where the ferry terminal is, so people can move easily from the hotels in Manhattan to the circuit.”

“The track goes uphill and downhill – the height difference is almost 60 metres, which is a lot. And there are no houses inside the circuit, so it doesn’t create too many problems with the organisation,” added Tilke.

More races in the United States has always been part of the Liberty Media big picture for Formula 1, with Carey adamant, “We would like to add a destination race in the U.S. in a location like New York, L.A., Miami, Las Vegas.”

“We think we can create something that will be a really special event. Obviously the U.S. is all upsides for us. We haven’t invested in the way we need to build the U.S. market,” added F1’s new chief.

Big Question: Is a grand prix in New York/ New Jersey a good thing for Formula 1?