Boullier: After 10 laps Button will be fine 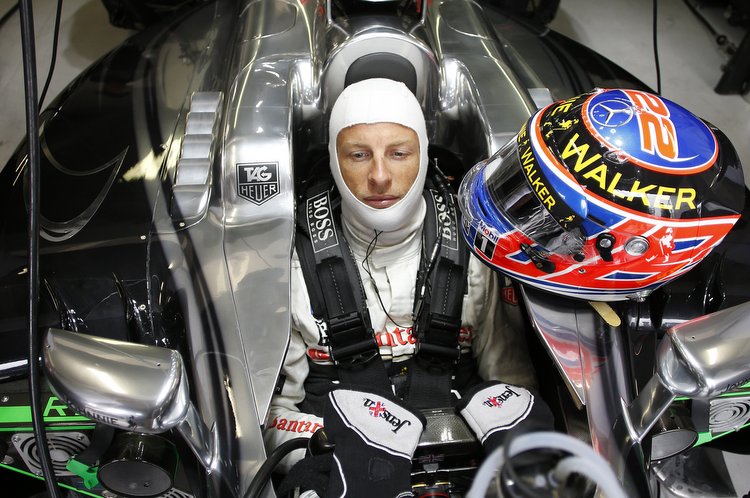 Jenson Button will be back on the grid for McLaren at the Monaco Grand Prix, where he will replace Indy 500 bound Fernando Alonso, but the 2009 World Champion will not have tested the new generation Formula 1 cars before his return.

However McLaren F1 team chief Eric Boullier does not believe that lack of testing and experience, in the more physical cars, will hamper Button who last drove a very different ‘beast’ at the Abu Dhabi Grand Prix last year.

Boullier explained to El Confidencial, “Given the technology of this car, we decided that organising a test would not have been useful.”

“The simulator is very realistic so it’s best for him to test the car there. After 10 laps, he’ll be fine,” predicted Boullier.

Bahrain testing was an opportunity for Button to sample the new cars but did not take up the opportunity and will instead do time in the team’s simulator, the wisdom of which Brazilian veteran Felipe Massa questioned, “If the simulator is good enough, why don’t most of the top drivers want to use them?”

Button believes he is up to the task, “I’ve done a lot of triathlon training recently, so I have no worries.”

On the day in Monaco, Button will make his 309th grand prix start, having won the race through the streets of Monte Carlo in 2009.

Big Question: Was it wise for Jenson to turn down the chance to test the McLaren MCL32 before his Monaco Grand Prix comeback?