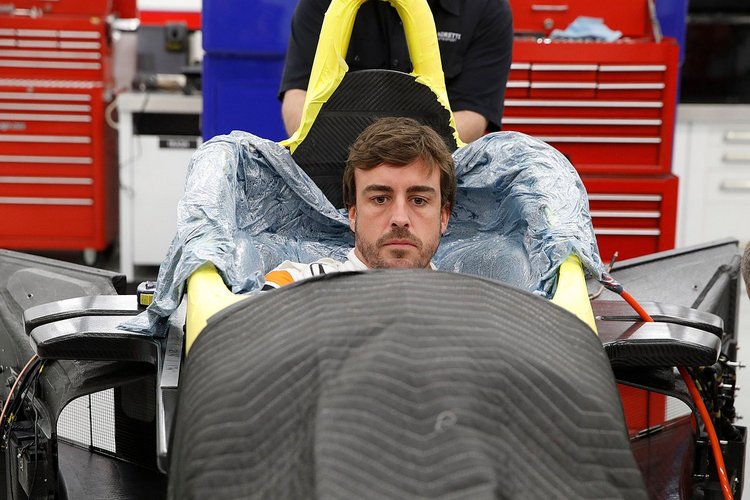 Fernando Alonso had a seat fitting in the Andretti Autosport Dallara and came face-to-face with the famous Indianapolis 500 Borg-Warner winner’s trophy which Alexander Rossi won for the team last year.

A day later, on Monday, he made a trip to Andretti Autosport headquarters in Indianapolis where he had a seat fitting ahead of his first test on 3 May at the Brickyard.

He also got a close-up view of the the Borg-Warner Trophy he is hoping to win on 28 May at the Indy 500.

Alonso said, “It’s a beautiful trophy that I would be proud to take home if I won the Indianapolis 500. There are so many familiar faces on the trophy from the past and present that represent the greatest race in the world.’

“Can I please get a full-sized trophy to take home if I win the race? The small ones [Baby Borgs] are nice but a big one would be wonderful!”

Now Alonso jets to Sochi for the Russian Grand Prix, before returning to Indianapolis for his first test, after which he returns to Europe for the Spanish Grand Prix in what is a hectic schedule for the Spaniard in May.

Formula 1 World Champions who also triumphed at the Indianapolis 500 include: