Ecclestone: A little bit like giving a hitman a gun and no bullets 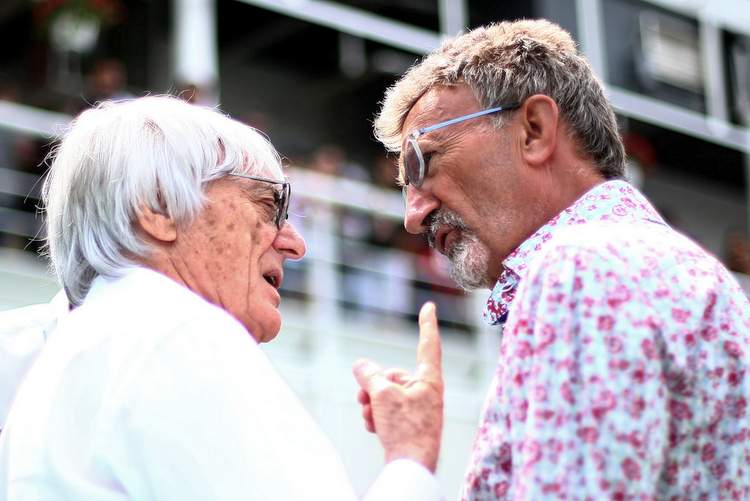 Former Formula 1 boss Bernie Ecclestone has said his new title is like “giving a hitman a gun and no bullets”.

The former supremo was removed from his position earlier this year as US giant Liberty Media completed its eight billion US dollar (£6.4 billion) takeover of the sport.

Ecclestone, 86, who had been in charge for nearly 40 years, is now chairman emeritus and will act as an adviser to the board.

In an interview with Eddie Jordan in the final episode of the current series of Top Gear, which will air this evening, he was asked what the new title means and if it is a gagging order.

Ecclestone told Jordan: “I don’t know really… it’s a little bit like giving a hitman a gun and no bullets.” He added: “But I’ve got enough money to buy the bullets.”

The former chief executive also clarified some previous comments, saying: “I said the trouble with all sort of animals, if you want to kill them, you have to kill them, don’t wound them.”

Asked if that was a “little message” for the new owners of the sport, Ecclestone replied: “It depends how the people want to take meanings doesn’t it?”

He added that he is sure Formula One will improve without him, saying: “The problem over the last two or three years has simply been no competition and now it looks like we got some.”

Asked if Ferrari can win the championship this year, he said: “Honestly I shouldn’t say this, but I hope they do. But I don’t think they will.”

He said he still sees room for possible improvements, saying: “I think we ought to get rid of a lot of the silly regulations that restrict so many things for the drivers and the people building cars.

“It’s become an engineers championship not a drivers championship. It’s the drivers that should be driving the cars, they’re the ones who should win the races and get all the credit for doing what they have done.”