Villeneuve: Alonso will go for it and that’s typical gladiator 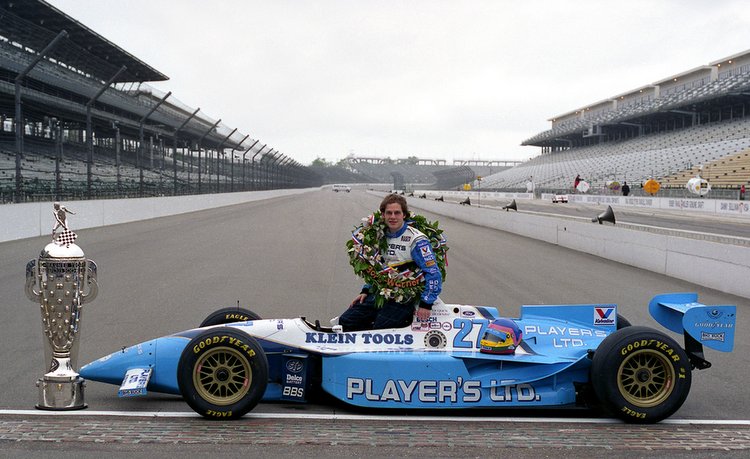 Jacques Villeneuve has applauded Fernando Alonso’s gladiatorial spirit in chasing motorsport’s ‘Triple Crown’ but the retired Formula One world champion and Indianapolis 500 winner said he was sceptical about the Spaniard’s chances.

Alonso, who races for Honda-powered McLaren in Formula One, will be at Barber Motorsports Park in Birmingham, Alabama, this weekend to soak up the Indy Car atmosphere before competing in the Indy 500 in May.

A win on the famed Brickyard oval would be sensational but the double world champion will still have to conquer the Le Mans 24 Hours sportscar race to match the unique Triple Crown achieved by the late Briton Graham Hill in 1972.

Villeneuve, who won Indianapolis in 1995 and the Formula One title in 1997 before finishing second with Peugeot at Le Mans in 2008, felt the likelihood of Alonso succeeding was “tiny”.

“He will go for it, and that’s what’s great. That’s what makes it exciting,” the Canadian told Reuters at the recent Bahrain Grand Prix.

“It’s typical gladiators and that’s what built the sport, made it what it is today. So it’s good that there’s someone going back to its roots like this, it’s amazing.

“What I find disappointing is how many (F1) drivers say ‘why bother, it’s only an oval race…it’s dangerous, why would I race there?’ Well, you’re a racer.”

Indianapolis was part of the Formula One world championship from 1950 through to 1960 but the winners were all Americans unfamiliar to European audiences and did not compete in grands prix elsewhere.

In 1965 Jim Clark missed the showcase Monaco Grand Prix – as Alonso will also do this year – to race at Indy. The late Scot won, becoming the only driver to take the Formula One championship and Indianapolis in the same year.

“If you are a pure race fan and are passionate and a racer at heart, you have to be interested in Le Mans and Indy 500 as well as F1. It’s the three main things in racing,” said Villeneuve.

“For drivers it was always important … I finished second in Le Mans which is a shame, that really kills me. That hurts.”

The Canadian competed in Le Mans only after retiring from Formula One, with Alonso – who will be 36 in July – likely to follow the same route.

Villeneuve said he would love another go at the French race but was not kidding himself about his chances, and suggested Alonso should not either.

“I’m waiting for the call. It won’t happen. I’m 46 and you need to be 18 to race now,” he said, with some exaggeration about the younger end of the spectrum given that nine times Le Mans winner Tom Kristensen of Denmark retired at 47.

McLaren won Le Mans in 1995 against faster prototypes in wet conditions but the race has been dominated for more than a decade by major manufacturers.

“There’s doing Le Mans, and there’s trying to win Le Mans. And there’s only two or three cars that can do it and there’s no way you can get in there,” said Villeneuve.

“A constructor would not want a big name to win the Triple Crown because ultimately it’s not their publicity, it’s the driver’s publicity,” he added. “They want to win as a constructor. So there’s that aspect also that blocks it.”