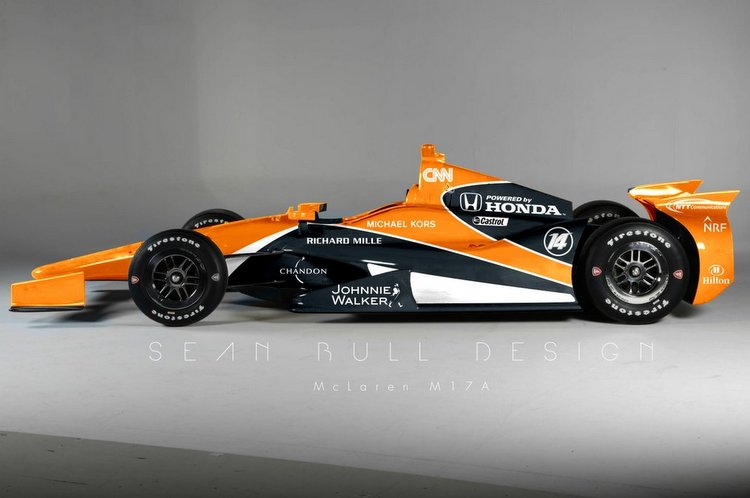 Fernando Alonso’s preparations for his first  Indy 500 will begin with a test at Indianapolis Motor Speedway on 3 May.

The two-time Formula 1 World Champion will spend a day with McLaren Andretti Autosport Honda in between the forthcoming Russian Grand Prix and Spanish Grands Prix, after which he will return to Indianapolis for the start of official practice on May 15.

The initial test will be Alonso’s first drive on an oval course.

The Spaniard surprised the international motorsport community with the news that he will ditch the Monaco Grand Prix in order to race at Indianapolis.

Jenson Button, who drove for McLaren last year, will replace Alonso during the Formula 1 weekend in Monte Carlo.

(Note: Above image by Sean Bull Design is a rendering of what Alonso’s Indy 500 car might look like. It is not the official livery.)