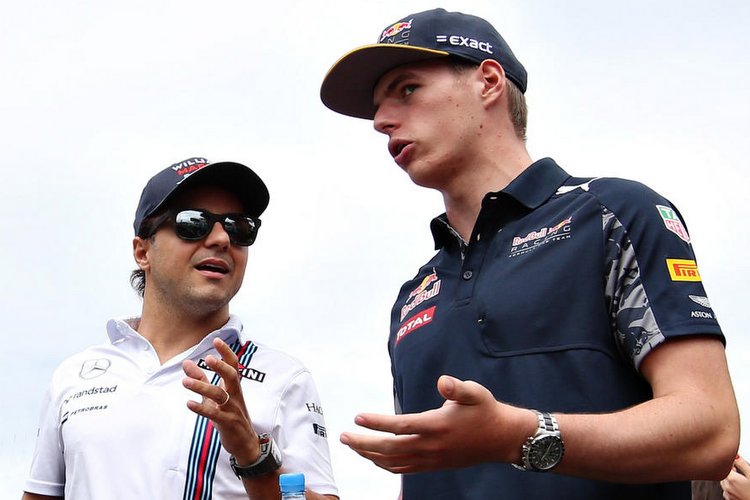 The war of words between veteran Williams driver Felipe Massa and Red Bull teenage Max Verstappen is done and dusted according to the Brazilian.

After making a disparaging remark about Brazilians in the wake of qualifying for the Bahrain Grand Prix, Verstappen was warned by Massa to watch what he says.

The Dutchman apologised and insisted that he did not intend to offend Brazilians, “By no means did I mean to insult the Brazilian people who I greatly respect and are always very nice to me when I visit the country.” Full report here>>>

Massa accepted the apology and told UOL, “To be honest, maybe he was hot headed after qualifying and said things he should not. I get along with him, I have no problems with him and to be honest, I was just playing with him.”

“And I think he understood why [he was wrong], then he apologized, and that’s the way it has to be. He’s a cool guy, a great driver and just needs to chill out a bit more. As he ages, he’s sure to get better,” added Massa.