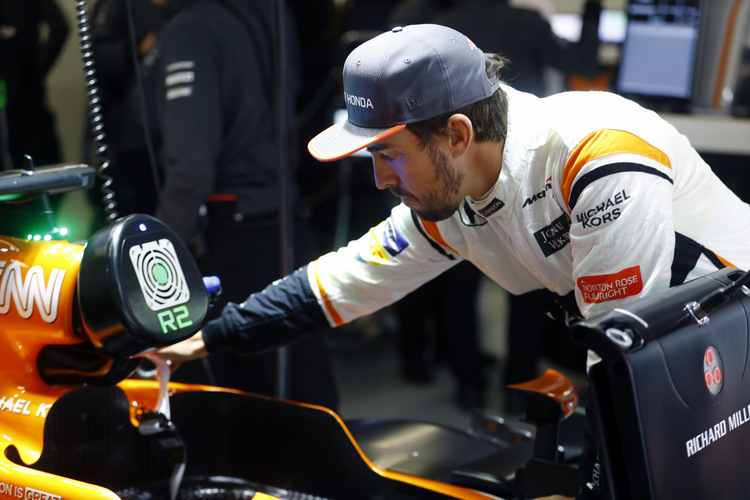 Formula 1 drivers, in line with most of the motorsport world, are surprised by the stunning news that Fernando Alonso will be contesting this year’s Indianapolis 500 and as a result will miss out on the Monaco Grand Prix. Here is reaction from some of the drivers:

Lewis Hamilton: “It’s great that a driver is able to do that [race in the Indy 500]. I think us drivers should be able to do more than one series and there was a period of time in the past when drivers were able to do multiple series, so I think it is pretty cool that he is able to do it. I hope that Jenson comes back, it would be great for the sport to have Jenson back here.”

Daniel Ricciardo: “I would not want to miss Monaco. I think Fernando is missing a good one, but then again if you are not fighting at the front it probably would be a long race around there. So Indy…I’d take Daytona 500 over Indy. Indy kind of scares me actually!

“But it is cool that he is doing it, I think personally he has picked a very good time to do it. It is an opportunity for him, and he can do it with a good team as well, so I sense his frustrations with his position in the sport at the moment. If he has been given that opportunity, I would probably take it as well…in his position at his age.”

Felipe Massa: “Everybody is surprised. For sure if you decide to do a race like Nico did, racing in Le Mans because it’s not in the same weekend, it’s something that everybody wouldn’t be so much surprised. But I mean he’s changing a race in Formula One to do a race in another category is definitely a big surprise for everybody. May be they had so many decisions around that we don’t know, we don’t know if it’s coming just from Fernando or from the team together, Honda together, so anyway but I think it will be very nice, for sure I will be watching him I will be supporting him.

“It will be nice to see him doing a good job also in another category in a very important race I think it will definitely be a different experience for him, a track that he never raced, the type of tracks as ovals, so he will be a completely rookie I would say and he would need to learn everything from zero but it will be nice to see him racing there, looking forward to watch him.”

Nico Hulkenberg (who raced at Le Mans and won in 2015): “My case was completely different, I didn’t go away from F1 [for a race] in the way he is. I would have never done it if I had to miss a race for it, especially Monaco. A big decision and big news obviously and he can do what he wants… I am a bit surprised like everybody about this situation. “I think it is quite tough. I don’t know much about Indy but he has never driven these cars or an oval, so do you think you can come in and win that easily? I at least had half a year practice.”

Romain Grosjean: “It’s good for him if he wants to do it. I’m surprised. Monaco is one of the races where you can easily… it’s not the best engine on the grid, kind of try to do something. It’s an iconic race of the season. I give myself 100 per cent and I push really hard. I’m here to do my best for the team. I wouldn’t skip a race, especially Monaco, but good for him if it’s what he wants.”

Jolyon Palmer: “It’s cool. I think it’s something obviosuly pretty different. It’s exciting for everyone, for him especially but for everyone in F1. For me to do it, I think we’re in quite different positions right now. Maybe in 15 years if I’m in a similar position, maybe.”