Button to replace Alonso at Monaco 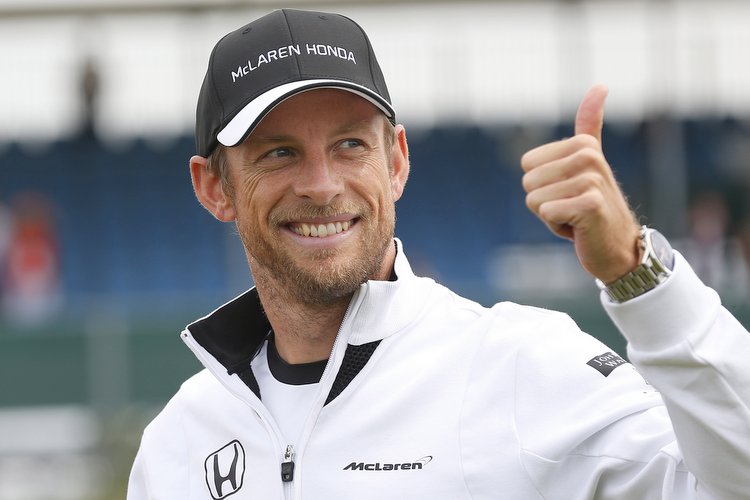 Jenson Button will stand in for Fernando Alonso at next month’s Monaco Formula One Grand Prix while the Spaniard competes in the Indianapolis 500 on the same day, McLaren announced on Friday.

“I’m thrilled to be making a one-off return to Formula One racing, and I couldn’t think of a better place to make that return than my adopted home Grand Prix: Monaco,” the 37-year-old said in a statement at the Bahrain Grand Prix.

Monaco resident Button handed over his McLaren seat to Belgian rookie Stoffel Vandoorne at the end of last season but remained under contract to the team with the possibility of returning in 2018.

He won the showcase race in 2009 on his way to the title with Brawn GP.

Honda-powered McLaren have endured a tough start to the season, with no points from two races, but Monaco’s tricky street circuit could suit their car better and is also one where drivers can make the difference.

Button will be the most experienced driver in the race as he makes his 306th start, with the Briton third in the all-time lists behind the retired Rubens Barrichello and Michael Schumacher.

He is also the last driver to win a race for McLaren, in Brazil in 2012, but cannot hope for such success this time.

“It’s one of my all-time favourite racetracks,” said the winner of 15 grands prix.

“OK, I realise we won’t have a realistic chance of repeating my 2009 victory, but I think we’ll have an opportunity to score world championship points, which will be very valuable to the team in terms of constructors’ rankings.

“As for Fernando, I hope he not only fares well at Indy but enjoys it too.”

McLaren announced earlier in the week that double world champion Alonso would compete at Indianapolis with a car run by Andretti Autosport, last year’s winners.

The team made no mention of any testing before Monaco but Button said he would use McLaren’s simulator and had no fitness concerns.

The Briton has been spending time in California, competing in triathlons and was recently disqualified for speeding during an Ironman 70.3 event.

“Jenson is a class act. He’s a superb driver — fast, smooth and precise — and he won’t have lost any of his competitive edge over the past few months,” said the Frenchman.

“He’s always been good at Monaco. He’ll do a great job for us, I’m sure of that.”