Bahrain FP2: Vettel owns day one in the desert 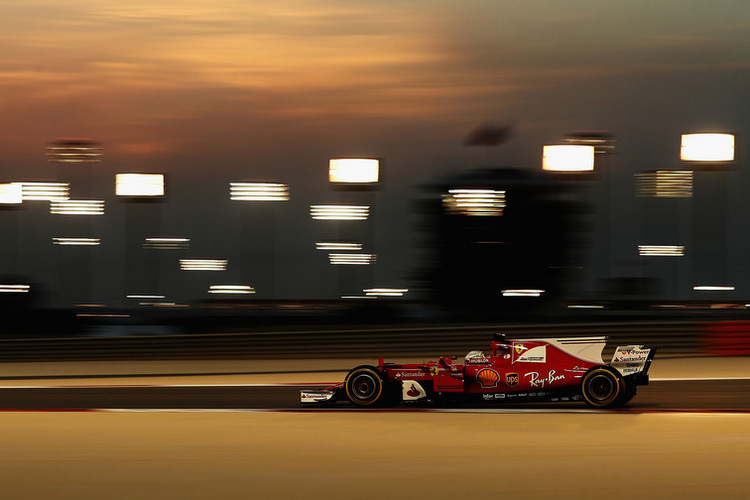 Sebastian Vettel went quickest in the second free practice session ahead of the Bahrain Grand Prix, before a mid-session “complete shutdown” of his Ferrari that left him briefly stranded on the track.

The German’s P1 time came just before half an hour of the evening session, run under floodlights, had elapsed. Bolting on a set of supersofts, the Ferrari power to through a lap of 1:31.310.

Later, however, during a longer run in the final 40 minutes of the session Vettel’s car slowed dramatically before the German reported a “complete shutdown”.

He managed to coast towards the pit entry and after being pushed by marshals his car was brought back to the Ferrari garage. With 15 minutes left in the session the Ferrari crew managed to get Vettel back on track for a final burst of running.

In an earlier opening session also topped by Vettel, Mercedes has a muted outing, with Lewis Hamilton 10th and Valtteri Bottas 14th. In the more valuable second session run at a time and in temperatures comparable to the weekend’s crucial sessions, the defending champions showed their real pace, at least with one car.

Bottas finished second, just four hundredths of a second behind Vettel. Hamilton, though, was fifth after his qualifying simulation, almost three tenths adrift of the Ferrari driver.

Daniel Ricciardo, second quickest in the first session, again showed good pace in the evening, setting a best time of 1:31.376 to finish just 0.066s behind Vettel.

Fourth place went to Kimi Räikkönen in the second Ferrari, just under two tenths off his team-mate and with Hamilton next on the timesheet just 0.284s separated the top five drivers.

Sixth place was taken by Renault’s Nico Hulkenberg, with the German just shy of six tenths off the pace set by Vettel. Felipe Massa was seventh for Williams ahead of Max Verstappen in the second Red Bull. The Dutchman’s running was compromised however by a problem with the floor.