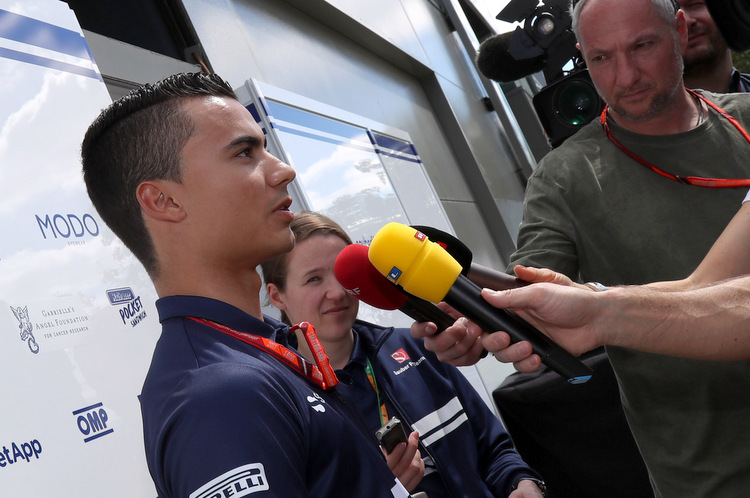 Pascal Wehrlein brushed aside criticism of his absence at the two season-opening races ahead of his Sauber debut this weekend.

The 22-year-old German returns to action at the Bahrain Grand Prix having missed both the Australian and Chinese Grands Prix due to injury and lack of fitness.

Wehrlein suffered back and neck injuries when he crashed at the Race of Champions in January. The accident ruled him out of pre-season testing and both races as he struggled to gain the condition required to drive this year’s bigger, heavier and faster cars.

“It’s my first race this year and normally the more races you do the easier it gets,” he told reporters. “I think I will be fine in the car – with no pain.

“That’s the most important thing. The track here is also quite flat, with no bumps… It’s just a bit hot, but otherwise it’s ok.”

Asked if he felt he had suffered unfair criticism for his lack of fitness in Melbourne, where he withdrew, he said: “I don’t really care too much.

“If you don’t know which injuries someone had, I think you cannot, or you shouldn’t, criticize them. It’s simple.

“If the injury was nothing… or it wasn’t something too serious, because I’m fine now, but it was just some massive pain, and nothing else, do you think Sauber and Mercedes would accept me to not drive?

“So? Yes, some negative comments I heard, but I don’t mind too much.”

Mercedes junior Wehrlein joined Sauber after Manor collapsed. He was replaced by Italian Antonio Giovinazzi in Australia and China.