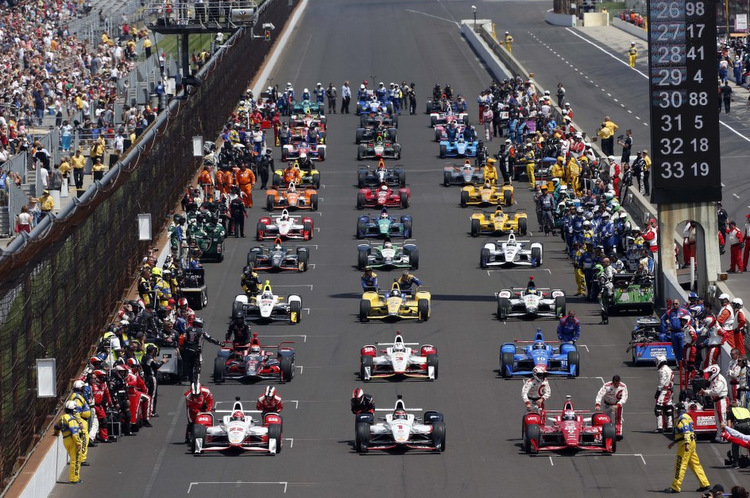 Two-time Formula One champion Fernando Alonso is confident that in short time he can get up to speed for the Indianapolis 500, even though he has never before raced in IndyCar or on a superspeedway.

So are the IndyCar drivers Alonso will be competing against the last Sunday in May after his surprising announcement that he’s skipping the Monaco Grand Prix to instead race at the Brickyard that day.

“The experience that he has in motorsport, I don’t think it’ll be any problem for him,” three-time Indianapolis 500 winner Helio Castroneves said.

“I think he absolutely does,” Scott Dixon, the 2008 Indy 500 winner, said when asked if Alonso has a chance to win. “Obviously all of us want to win at that place, and the competition is extremely tough. But he has a great shot.”

Alonso will be the first Formula One world champion to drive as an Indy 500 rookie since Nigel Mansell and Nelson Piquet both in 1993. Mansell finished third, and Piquet 32nd that year. Seven other drivers won F1 titles after participating in the Indianapolis 500.

“It’s a step forward in my career. I want to the best driver and the most complete driver in the world,” said Alonso, adding that he needs to know how it is to handle the cars through the oval and the backstretch while driving so close to each other.

McLaren is back in the Indianapolis 500 for the first time in 38 years with Alonso’s entry, a Dallara DW12 chassis run by Andretti Autosport. Team owner Michael Andretti is a former IndyCar champion who raced in Formula One for McLaren in 1993.

It will be Alonso’s first time driving at Indy as the 35-year-old Spaniard steps up his bid to win motorsport’s so-called “Triple Crown” of the Monaco GP, the Indianapolis 500 and the Le Mans 24 Hours race. Alonso is a two-time Monaco GP winner, and has yet to drive Le Mans.

“I didn’t expect it to happen this year, but I know that he was looking at it,” Andretti said. “He’s a racer, and he sets goals for himself. He wants to be one of the few people to say he’s won the Triple Crown like that. So I admire him for that, to want to go out and do it – especially right now, in the middle of the season.”

Alonso will fly to Indianapolis immediately after the Spanish Grand Prix on May 14 to start practice for the May 28 race.

The only driver to win a Formula One title and then win the Indianapolis 500 in his first attempt was Graham Hill – in 1966, four years after the first of his two F1 titles. Hill is also the only Triple Crown winner in motorsports.

“You get enough miles around Indianapolis to sort of get a good basis on it,” Dixon said during a break at IndyCar testing in Texas. “He’s with a team that’s a proven winner, and teammates that are definitely proven winners, too. He’s walking into a good combination. Honda is a very strong package right now. So the stars are somewhat aligning for a great run for Fernando.”

And another big day for IndyCar, after last year’s Indianapolis 500 was a sellout breaking attendance marks and again had improved television ratings.

Australian Will Power said he “was pretty stoked” to hear about Alonso’s entry that brings a lot of attention to the IndyCar Series and its showcase event. Fellow Team Penske driver Simon Pagenaud agreed.

“Seeing the interest from a Formula One champion, a double world champion, is actually exciting, super exciting from a driver’s standpoint,” Pagenaud said. “I think we’re all excited to get to race against him. … It’s going to be a great challenge.”