Indy 500 for Alonso is a consequence of failure 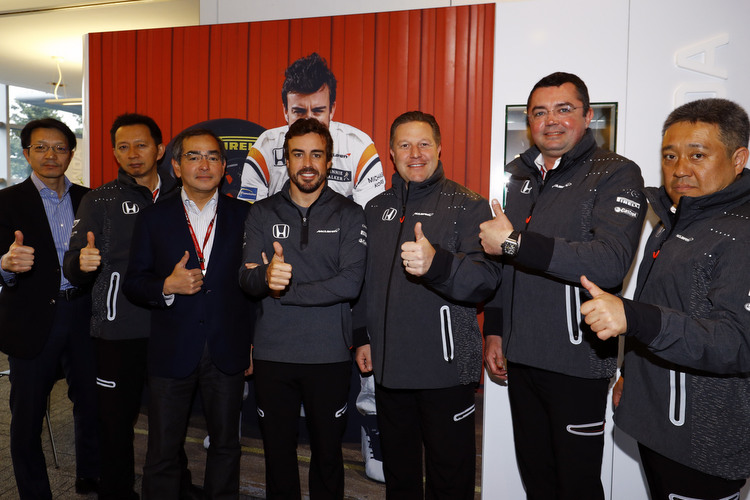 McLaren’s decision to let Fernando Alonso miss the Monaco Grand Prix and race in the Indianapolis 500 is an extraordinary step that, while triggering a rush of excitement, is also a reflection of the team’s current predicament.

If the unthinkable has become possible, it is because the team are so far off the pace in Formula One.

The double world champion said as much in a conference call on Wednesday after McLaren broke the news ahead of Sunday’s Bahrain Grand Prix.

“To be honest, if we were fighting for a world championship, we cannot afford to lose a 25 points possibility,” said the Spaniard. “Yet we are not in that position, unfortunately.”

McLaren, the second most successful team after Ferrari in the history of Formula One in terms of wins and titles, have not won a race since 2012 and look a long way off doing so.

They are last in the current standings after two races without points and their once-great partnership with Honda, revived in 2015, has been beset by unreliability and a lack of engine power.

Monaco is the slowest race on the calendar but also the most glamorous and one that packs in the sponsors. It is unheard of in modern times for a top driver to miss it of his own volition or for a team to let him.

McLaren do have 2009 champion and former Monaco winner Jenson Button as a potential stand-in, however, even if nothing has been confirmed, with the Briton technically only on sabbatical.

No team has won Monaco more than McLaren and Alonso’s race switch would have been inconceivable under former boss Ron Dennis, who said last May that “what always tops everything for me is Monaco.”

The team have a different hue now, however, under American executive director Zak Brown while the sport has new American owners in Liberty Media with plans to expand in the United States.

Alonso still ranks, despite his struggles with a recalcitrant car, as one of the top three drivers but his patience is finite and he is out of contract at the end of the year.

There has long been speculation that he could walk away early from McLaren but an entry in the most high-profile single-seater race in North America, in a much more competitive car, might tilt the balance.

“This is a win/win situation for McLaren as a team, the partnership McLaren/Honda .. and for me also a great opportunity to experience this race,” Alonso said.

Only one driver has ever won the Formula One championship, the Indy 500 and Le Mans — Damon Hill’s late father Graham — and, with his dreams of a third F1 title fading, Alonso has begun to focus on that.

There are clear risks involved, with oval racing more dangerous than Formula One due to the risk of flying debris and huge crashes in a field where cars run nose-to-tail.

But there are also big thrills and McLaren have previously won both Le Mans and Indy.

Alonso said the plan was hatched with Brown in Australia, with the American initially making the suggestion in jest. He then discovered Alonso was serious.

“Zak asked me (about) my ambitions and my plans for the future. So I mentioned the Triple Crown. To be the best driver in the world,” said Alonso.

“I have to either win eight world championships, and have one more than Michael Schumacher, or be winning different series.”