Five talking points ahead of the Bahrain Grand Prix 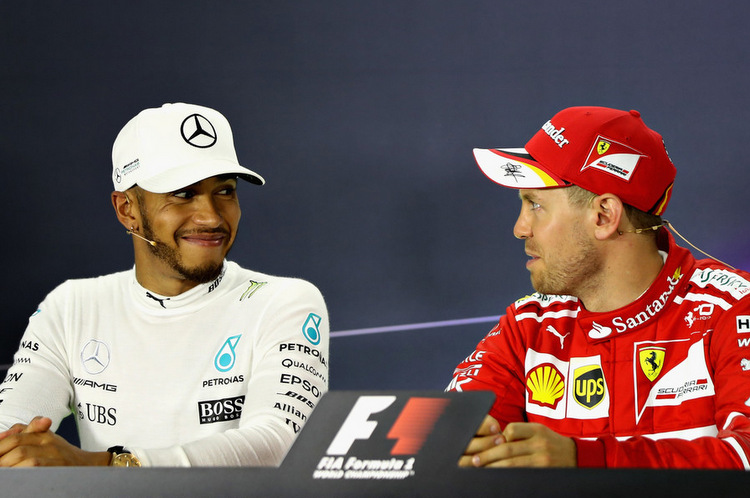 The Formula One circus rolls on to Bahrain this week for the third round of the championship.

Lewis Hamilton and Sebastian Vettel are tied at the summit of the title race after the Briton recorded his first win of the new campaign in China.

Hamilton vs Vettel Round 2

A change of script is precisely what the sport required after three years of Hamilton versus Nico Rosberg. And in Hamilton versus Vettel, Formula One may have a rivalry for the ages. Both competitors are reveling in the new dynamic and their so-called ‘bromance’ is swiftly becoming one of the most talked about love stories in town. But how long can it last?

Just one collision, or one perceived moment of ill-justice, will turn their relationship sour. But for now, we should enjoy the two leading lights of their generation going toe-to-toe on track and in a friendly, respectable manner, too. Some change after three years of Hamilton’s toxic relationship with Rosberg.

Where next for Fernando?

Hamilton has spoken of his desire to get Fernando Alonso into a front-running team so the Spaniard can be a part of the Hamilton-Vettel axis. But after the British driver recently shot down any suggestions his former McLaren team-mate could join him at Mercedes next season, where can Alonso go?

The 35-year-old Spaniard will be desperate to leave McLaren, but Mercedes seems unlikely – Daniel Ricciardo and Max Verstappen are both signed up at Red Bull until the end of 2018 – while his bridges have surely been burnt at former team Ferrari. As one McLaren insider recently said: “I think Fernando will have to stay here because there is nowhere else for him to go.”

Pascal Wehrlein has received ample criticism for missing the last two races through a lack of fitness following his spectacular crash at the Race of Champions exhibition event in January. But the 22-year-old German driver is to be thrust back into the spotlight here after Sauber confirmed he will make his grand prix debut for them this weekend. And with the mercury boiling at an eye-watering 40 degrees in Bahrain this week, his fitness levels are sure to be given a stern examination.

Bernie’s back in town

Bernie Ecclestone is poised to make his first return to the paddock since he was deposed as the sport’s long-term ruler by new owners Liberty Media in Bahrain this weekend. The 86-year-old will be here operating under his new title of chairman emeritus, but do not be surprised if his presence ruffles a few feathers. His successor Chase Carey, meanwhile, met Turkey government officials earlier this week with a return to the Istanbul Park circuit – one which was dropped from the calendar in 2011 – now seemingly back on the table.

Walff in Bahrain after baby joy

Yesterday Toto & I welcomed a healthy Baby Wolff to the world. Could burst with happiness & love! 💙 pic.twitter.com/UVWWsNveqy

And finally, Mercedes boss Toto Wolff and his wife Susie, the former Williams development driver, welcomed their first child into the world earlier this week. Susie, who retired from motor racing in 2015, gave birth to a baby boy on Monday in Zurich. But it will be business as usual for new dad Toto, who will be in Bahrain for this week’s race.