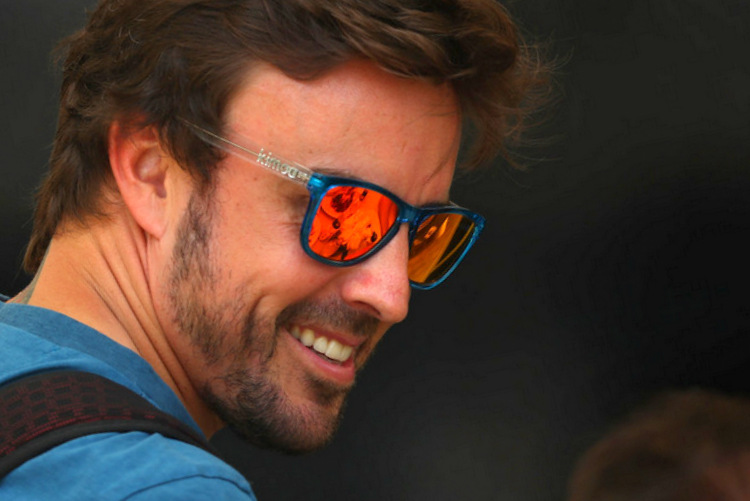 Fernando Alonso’s in-flight movies will be all about the Indianapolis 500 for the next few weeks as the double Formula One world champion gears up for a challenge that he is far from ready for.

The Spaniard outlined a busy agenda to reporters at the Bahrain Grand Prix on Thursday ahead of a string of races on two continents.

Alonso’s McLaren team announced on Wednesday that he will miss the showcase Monaco Grand Prix to race in the 101st edition of the U.S. race, with a car run by last year’s winners Andretti Autosport.

“Next weekend I will be in Alabama just visiting the race and meeting the team members to see how things go there,” he said, referring to the third round of the Indy Car season at Barber Motorsports Park on April 21-23.

“Probably on Monday after the race I will do the seat fitting, and then I will fly to Russia.”

The Russian Grand Prix in Sochi follows on from Bahrain as the fourth round of the F1 season.

“After Russia, I will try to be in Indianapolis for a couple of simulator days, hopefully test the car but it’s not 100 percent sure, and after that I will go to the Spanish Grand Prix and then fly to America on Sunday after the race,” he said.

Free practice at the famed Brickyard takes place on the Monday after the Formula One race at the Circuit de Catalunya. The Indy 500 is on May 28, the same weekend as Monaco.

“On the planes, I will try and look at some videos and races from past years and try to learn as quick as I can,” said Alonso.

“It’s completely different skills that you need there, to adapt to the car and circuit, strategies, ways of racing that close and at that speed. Many things I have to learn and I am not ready at the moment.

“I don’t feel prepared now, I am not in my comfort zone driving those cars or thinking about those cars but I am not afraid of trying, of not delivering a good result,” added the 35-year-old, who was confident he would adapt.

McLaren won at Indianapolis in the 1970s, and have also triumphed at Le Mans, with Alonso now dreaming of a Triple Crown that only one driver — Britain’s Graham Hill — has achieved.

He also wants to feel like a winner again after two tough seasons with McLaren.

“The possibility to win a big race, a big trophy like the Indy 500 in the middle of a year is like winning a World Championship in one weekend,” he said.