Verstappen continues to grow in stature 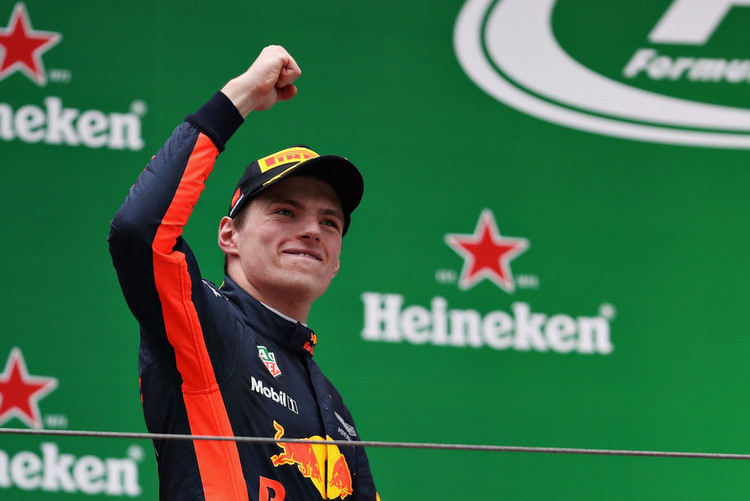 Red Bull’s Max Verstappen was down on power due to an engine problem during qualifying at the Chinese Grand Prix and finished next to last – an uncharacteristically lowly starting place for one of Formula 1’s most exciting young drivers.

No matter. Verstappen made up most of the ground in the opening lap of Sunday’s race – passing a remarkable nine cars – and earned an unlikely spot on the podium with a gutsy third-place finish.

“That was a very special race,” the 19-year-old Dutch driver said afterward, a huge grin plastered on his face. “When I woke up this morning I never expected to be on the podium.”

Of course, it was entirely possible given how well the talented Verstappen has been driving since making a huge splash at last year’s Spanish Grand Prix, which he won in his first start for Red Bull after being promoted from feeder team Toro Rosso.

Since then, Verstappen has had seven podium finishes and established himself as a future star of the sport, eclipsing at times his more experienced teammate, Daniel Ricciardo.

His maneuvers on Sunday impressed even three-time world champion Lewis Hamilton, who led from start to finish to claim his fifth victory in Shanghai.

“I quite like him up here next to us – makes me look younger,” Hamilton said. “Max has obviously done a fantastic job since he’s been in the sport and I think he’s been a real breath of fresh air for everyone.”

Verstappen got a little lucky Sunday when three drivers who finished ahead of him in qualifying were penalized, lifting the Dutchman to 16th on the starting grid. Then, during a wild opening lap on a slick track, he found enough holes to vault all the way up to seventh.

By the final lap, Verstappen’s tires were beginning to wear, but he managed to hold off a fast-closing Ricciardo with more nervy driving to secure his spot on the podium. Now, he’s sitting in third place in the drivers’ standings after two races behind Hamilton and Sebastian Vettel.

Even though Red Bull is still off the pace of the Mercedes and Ferrari cars, Verstappen believes his team could contend for victories again soon. Particularly if he continues finding holes the way he did on Sunday.

“I think at the moment, we’re a bit in a lonely competition because in front of us, they are too quick, and behind us, (the other teams) are too slow,” he said. “We are working really hard and trying to close the gap.”