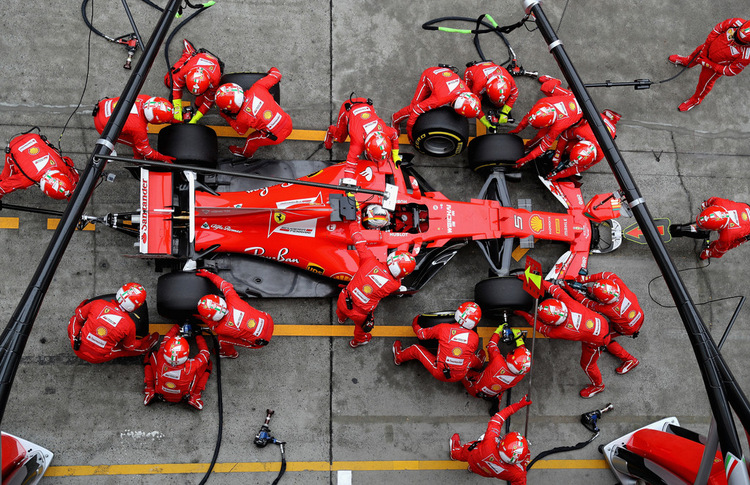 Lewis Hamilton may have taken the spoils in the Chinese Grand Prix but Sebastian Vettel’s second-place finish provided clear evidence that Ferrari appear more than capable of taking the fight to the Briton’s Mercedes tam.

Vettel sprung something of a surprise when he won last month’s season opener in Australia and despite racing on a vastly different layout in much cooler weather, there was little to choose between the pair for the second weekend in a row.

The results in Melbourne and Shanghai have raised hopes that the early-season rivalry between a duo with seven Formula One championships between them and locked on 43 points apiece in the overall standings, could become a full-blown title duel.

The China performance in particular also erased any lingering doubts about the championship credentials of the sport’s most successful team, for whom the season-opening triumph marked a welcome return to form after a winless 2016.

“On a track and in conditions which were very different from those we had in Melbourne, we proved that we have a strong car,” Ferrari team principal Maurizio Arrivabene said.

Ferrari have looked competitive since pre-season testing and there was very little to choose between Germany’s Vettel and Hamilton in terms of pace and performance throughout the Shanghai weekend.

Mercedes non-executive chairman Niki Lauda went so far as to suggest that Vettel had the speed to seize Ferrari’s first pole position since the Singapore Grand Prix in 2015 but Hamilton did just enough in qualifying to secure top spot.

“The explanation is that Ferrari grew up in the Barcelona tests, won the first race and is still on the way up,” said the 68-year-old Austrian, a three times Formula One world champion.

The outcome of the race could also have been different had Vettel’s gamble to pit under the virtual safety car on the opening lap not been undermined when the actual safety car was deployed following crash a few laps later.

The strategy left him bottled up behind Red Bull’s Daniel Ricciardo and Ferrari team mate Kimi Raikkonen, but the four-times champion was able to match Hamilton lap for lap once he found a way past the cars in his path.

Mercedes, who have swept to a hat-trick of both driver and constructor titles over the last three years, are certainly feeling the heat from their Italian rivals.