Lauda: Ferrari are good now because of a Swiss guy 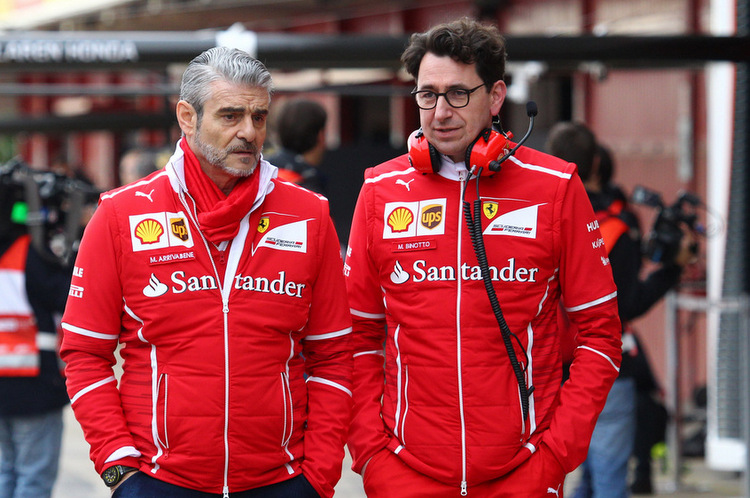 Niki Lauda has made no secret that Ferrari with too many Italian engineers is not as effective as it can be, and credits the Italian team’s resurgence to Mattia Binotto – who the Austrian legend considers to be Swiss.

Quoted by La Reppublica, Lauda said, “You consider Binotto to be an Italian? Actually he is Swiss, and this is starting to show in the team.”

“Ferrari is effective now because there is a Swiss guy in charge of organising the Italians, making them work together but at the same time allowing them to be free and to express their imagination and ideas.”

Despite the fact that Maurizio Arrivabene is team principal, Lauda believes, “I have no doubt that the key figure at Ferrari is Binotto. At least that is how it appears from the outside.”

“Having graduated in Mechanical Engineering from the Lausanne Polytechnic in 1994, he then obtained a Masters in Motor Vehicle Engineering in Modena.”

“In 1995, he joined the Scuderia Ferrari test team as a Test Engine Engineer and fulfilled the same role with the race team from 1997 to 2003.”

“In 2004, he became a race engine engineer and from 2007 Binotto took on the role of Chief Engineer, race and assembly, moving on in 2009 to Head of Engine and KERS Operations.”

“Having been appointed Deputy Director, Engine and Electronics in October 2013, Binotto subsequently took on the role of Chief Operating Officer, Power Unit.”

“On July 27, 2016, he has been appointed Chief Technical Officer of Scuderia Ferrari.”

With regards to the current season, Lauda revealed, “The truth is that we were waiting for a strong Red Bull and instead we found a strong Ferrari. At the moment Red Bull are going nowhere.”

Indeed Sebastian Vettel won the season opener in Melbourne for Ferrari, with Mercedes driver Lewis Hamilton finishing second. In China it was a case of role reversal as Hamilton turned the tables to claim the top prize with Vettel runner-up.

“I have the impression that Ferrari is faster in the heat and we are faster in the cold,” said Lauda who spent four years of his career at Maranello, winning the Formula 1 title in 1975 and 1977 with the legendary Italian team.