Horner: Max has a sixth sense in the wet 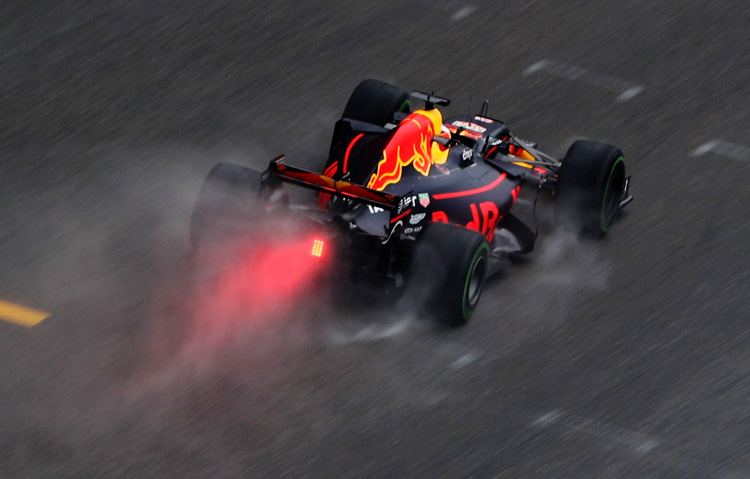 Max Verstappen was driver of the day at the Chinese Grand Prix, starting from 16th on the grid he went on to finish third after another superb performance in tricky conditions.

Red Bull team chief Christian Horner said after the race in Shanghai, “Remarkable. His first lap in particular was mighty. I saw one of his passing moves where he went down the outside and passed about three cars and it was obvious that he meant business. He emerged from the first lap in sixth or seventh place. It was hugely impressive.”

“He appears to have almost a sixth sense in the wet. He doesn’t seem intimidated by it in any way and he is prepared to explore all of the boundaries of the circuit available to find where the grip is.”

“There’s one move he made on the outside of Turn 6 where he just went straight down the outside of about two or three cars and then cut back. It was very, very impressive.”

Verstappen mesmerised the Formula 1 during last year’s wet Brazilian Grand Prix, delivering a drive that will long be remembered for it’s precision, race craft and audacity.

Horner believes that the Dutch teenager is one among the best in adverse conditions, “I think he’s right up there. It’s not a coincidence, now you can see Brazil wasn’t a one-off. Maybe good old Bernie’s sprinkler system would be good for us!”

“I think the way he’s grown up, driving go-karts in the wet on slick tires and stuff like that, he’s developed a real instinct and feeling,” added Horner.